Blake Shelton Dreams Of Drinking In “Some Beach” Music Video 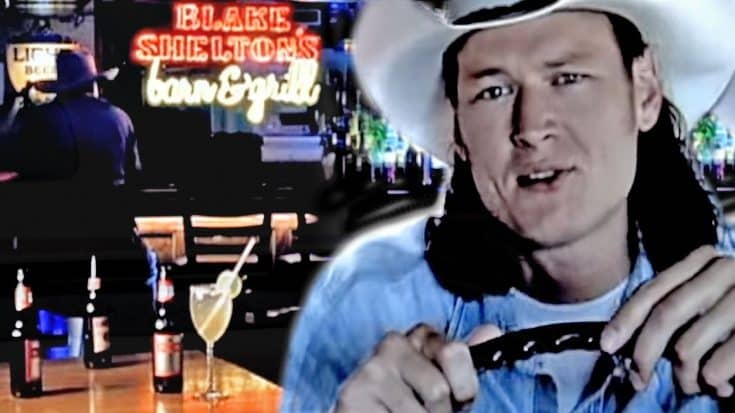 Blake Shelton is not shy about taking his fans behind the scenes and getting to know the man behind the Twitter account. He takes us into “a day in the life,” if you will, in his music video for “Some Beach.”

In the song, the singer deals with daily frustrations we have all dealt with like road rage and sitting in a waiting room for what feels like forever and trying to escape by imagining he is on “some beach, somewhere.”

“Some Beach” is written by Joey + Rory’s Rory Feek and well-known songwriter Paul Overstreet.  Blake released the track in 2004 from his album Blake Shelton’s Barn & Grill. The song hit #1 shortly after it’s debut and we’ve been singing it ever since!

In the video, Blake acts out the lyrics and we meet all the not so nice people he is singing about. The video cuts between his bad day and him singing in a bar, which is his version of a “beach.” Just by the look on his face, you feel bad for the guy, but every now and then, all of us have a day like this where everything goes wrong! We can’t help but think the phrase “Some Beach” is a double entendre for a certain curse word!

We’re sure his day turned around when he came home to his ACM Awards and CMA Awards, just to name a few! He is probably one of the most talked about country singers, and there is no surprise. The man has more talent in his pinky toe than most do in their whole body!

Watch his “frustrating” music video below! We’re sure you can relate!