By Manly Bryant on October 13, 2016
Advertisement 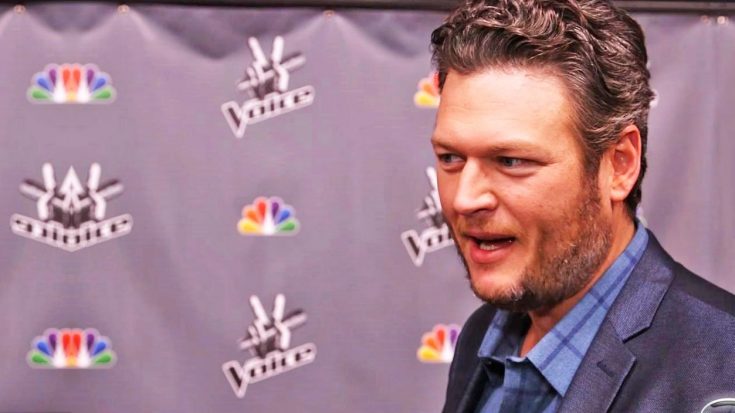 Shortly after the video debuted the two stars came under fire for allegedly endorsing animal cruelty.

Blake Shelton and Jimmy Fallon have been friends for some time now, with Shelton appearing many times over the years on Fallon’s late night talk show, but in one of their recent pairings, the two did something that brought on a huge backlash from fans.

Shelton had accepted Fallon’s request to join him for a sushi dinner (which he had never tried before), so in return, Fallon accepted Blake’s offer for him to come out to the farm and try milking a cow – this was the premise for their latest skit.

Within a couple days after its first airing, the show began to receive a large number of people stating on social media that they were leaving out a critical part of reality from their skit: the abuse and torture of cows in dairy farms.

In an article published by Mercy For Animals – an animal rights organization – they state that “the video short was meant to be comical, but the truth is there’s nothing funny about dairy or the dairy industry”.

“Cows on dairy farms live in overcrowded, filthy sheds or lots,” the article continues. “Also, like all mammals, a cow must be pregnant or have just given birth to produce milk. When her calf is born, the baby is almost immediately stolen from her so her milk can be sold. If the calf is male, he is sent off to a veal farm where he will be chained inside a crate so tiny he can barely move and slaughtered in weeks. If the calf is female, she is kept and raised for dairy.”

With the article, came a resounding impact from followers on Twitter and other social media platforms against the video.

What do you think about the video and the article’s statements?

Watch the full skit in the video below.