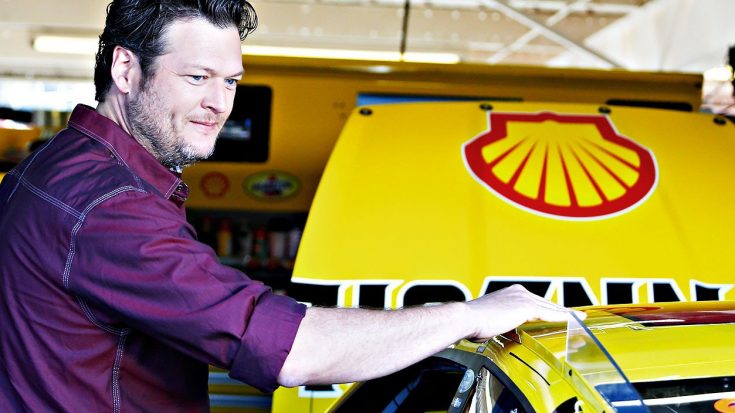 During one of the biggest racing events of the year, he’s headed back to the track for a show like y’all haven’t seen before!

As part of the lineup and festivities of the 2017 Coke Zero 400, country crooner and famed ‘Voice’ coach, Blake Shelton, will be making his jaw-dropping return to the track in the NASCAR on NBC event at Daytona International Speedway.

This will be the second consecutive year Shelton has headlined the event and his chart-topping hit, “Bringing Back The Sunshine” has continued to be used as the theme of the event.

Beyond just having Shelton kick off the festivities with one of his killer performances, there will also be more than 20 NASCAR drivers featured in various scenes and skits as part of the opening sequence debuting this Saturday (July 1st) at 7 p.m. Eastern.

If you didn’t catch Blake’s energetic opener last year, you’re definitely not gonna want to miss this one!

Check out a preview of what NBC will be broadcasting this weekend in the video below!