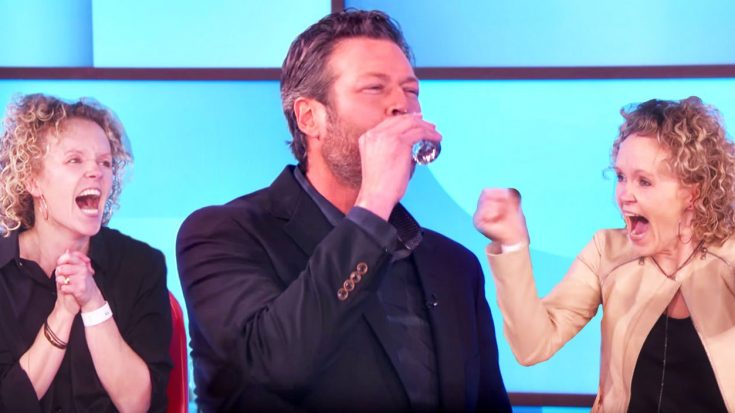 Nobody has more fun on daytime television than the one and only, Ellen DeGeneres but when she brings Blake Shelton into the mix – you have yourself one giant, hysterical side show!

Of course, this hilarious game they’re playing involves some tequila, some water, and, oddly, a pair of screaming twins.

Blake had stopped by the set of Ellen’s show for a few minutes the other day to talk about his fictional new book and just have a good time with Ellen who he’s great friends with.

Well, Ellen had something else planned for the country crooner and, together the two played a hilarious game called “Wet Head” with a pair of twins from the audience!

Starting off this uproarious game, Shelton downs an inaugural shot of tequila before sending the spinner flying around the wheel.

With the twins squealing and screaming in both excitement and nervousness, Shelton and Ellen take turns spinning and pulling pins to see whose twin will get doused in a bucket of water!

Watch the full hysterical game below – you’re sure to be howling!