By Miranda Raye on March 24, 2017
Advertisement 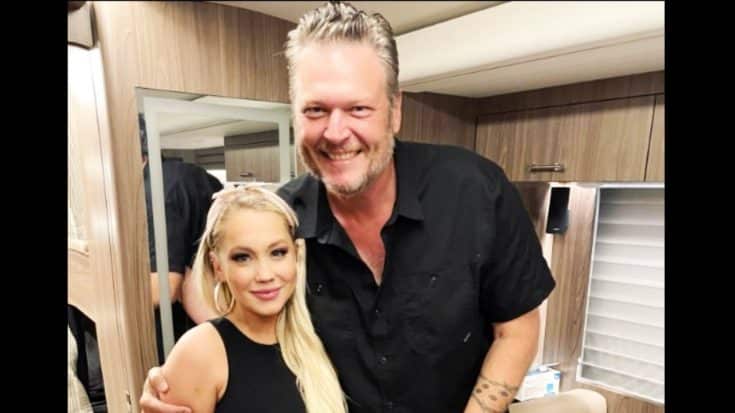 Over the course of The Voice‘s many seasons, Blake Shelton has been the constant coach on the show. In total, Blake has helped coach seven contestants to victory and has sent many more into the finale.

Thanks to Blake’s help, these former contestants have been able to live out their dreams. As a few examples, Season 3 winner Cassadee Pope was nominated for her first Grammy, and Season 11 winner Sundance Head toured with Blake as one of his supporting acts.

He Doesn’t Just Help The Winners

Blake also has taken another Voice alum with him on tour. Known for songs such as “God Made Girls” and “Love Triangle,” RaeLynn got her chance at stardom when she appeared on Season 2 of The Voice.

Under Blake’s guidance, RaeLynn managed to make it all the way into the quarterfinals of her season.

Since competing on The Voice, Blake has continued to help RaeLynn in any way he can. He invited her to sing backing vocals on his 2013 hit “Boys Round Here,” and has performed with her many times in the past.

So Guess Who’s His Favorite?

During an interview with ET about her album WildHorse, RaeLynn shared just how much Blake has influenced her career, saying he’s like a “father or brother” to her.

Once a coach, always a coach! #TBT @BlakeShelton @RaeLynn pic.twitter.com/MfKF79rWa3

ET also spoke to Blake, asking him what he thinks about RaeLynn in return:

“I guess you could say she’s definitely my personal favorite [from ‘The Voice’]. I just feel a bond with her that is unexplainable. She’s a star is what she is. A great friend and a good kid. And I just want to see the best that could possibly happen for her happen.”

It’s so great to see that after all of this time, Blake is still invested in helping RaeLynn and his other Voice contestants succeed! Tune in below to watch the full interview about his bond with RaeLynn, and to learn more about her album, WildHorse.