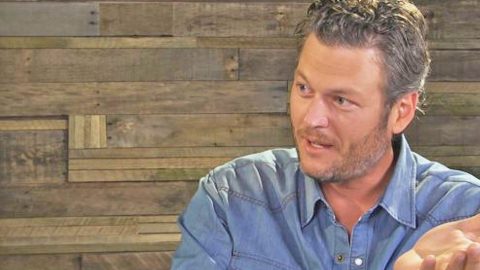 Blake Shelton has been taking his fans behind the scenes during his fall tour, especially his VIP fans, who are part of an exclusive group called the “BSers”.

During his BSers Lounge before his show in New York City, Shelton played a few tunes and did a Q&A session. It’s a chance for his fans to get to know him on a more personal level.

One fan asked him, “If you could pick one artist that is no longer with us to hang out with, who would it be and why?”

After a few seconds of thinking, Shelton came up with an easy answer.

“I always go back to Conway Twitty,” Blake said. “Conway is the guy that…I kind of feel like doesn’t get the credit, in my opinion, that he deserves. I’m sure he gets a lot of credit, but he’s not celebrated enough for the success that he had.”

Twitty’s success is almost unheard of! He was a massive success in both the rock n’ roll and country music genres and had 40 No. 1 singles and held the record for most No. 1’s in any genre until 2009, when George Strait surpassed him.

“That’s kind of who I’ve tried to emulate and base my career after him. I try to change my music up because not only do I want fans to stay interested in it, I want to continue to be interested, and I always want to be looking for new sounds and things to sing about. When I listen to Conway’s catalog, from one song to the next, it was always a different experience and I love about him,” Shelton added.

This may come as a surprise to some, but to big Shelton fans, we know that he references the legend in “Honey Bee” and “Hillbilly Bone” and included a cover of Twitty’s “Goodbye Time” on his 2004 album.

Do you agree with Shelton? Sound off in the comments below and watch his explanation below.