By Miranda Raye on December 6, 2017
Advertisement 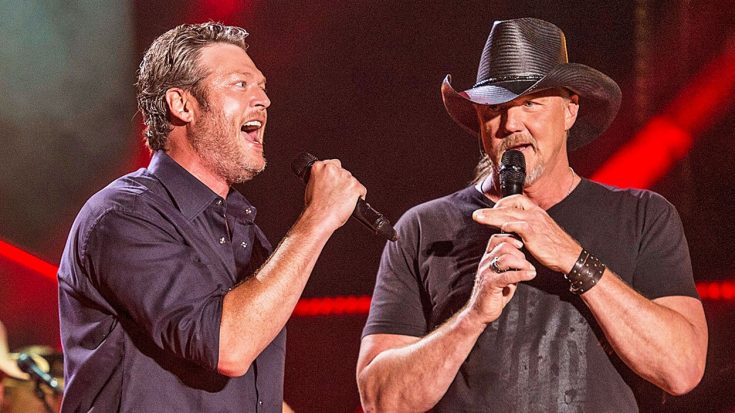 As 2017 approaches its end, country stars are already gearing up for everything 2018 has in store. Many have started to make plans for new albums, festival performances, and tours.

One artist who already has a tour all lined up for 2018 is Blake Shelton. He will begin touring on February 15, and will wrap things up on March 17.

Although it’s short, Shelton’s tour is already one of the most highly anticipated country tours of 2018. The opening acts he chose certainly play a part in that, because he managed to snag quite a bit of star power for the 14-city run.

Country newcomer Carly Pearce is one of the artists who will be embarking on the tour with Shelton. Known for her hit song “Every Little Thing,” Shelton told Nash Country Daily that he was “so lucky” to get Pearce for the tour.

In addition to Pearce, “The Long Way” singer Brett Eldredge will also be accompanying Shelton on the tour. “He’s the new dude in country music that’s taken off, and I couldn’t be happier for him,” Shelton said.

As if that wasn’t enough, Shelton is inviting one of his greatest friends on his tour. That friend also happens to be a major country music star that we’re sure y’all are familiar with…Trace Adkins.

While Eldredge and Pearce will be with Shelton for the duration of the tour, Adkins is only tagging along for its opening concert in Tulsa, Oklahoma. Still, Shelton already knows the role that his mentor and “Hillbilly Bone” collaborator will play on that day.

As the oldest member of the bunch, Shelton joked that Adkins is likely going to be tasked with keeping the rest of them under control. He said:

“I brought him out to keep all of our egos in check because as soon we start having fun and getting a little rowdy out there, he’ll be the one coming in there cranky and grumpy and yelling at us all and make sure that our egos are in check.”

If they get as wild as Shelton says they will, maybe it would be a good idea for him to bring Adkins along for a few more stops!

While Adkins may be tasked with keeping the other artists in check, he’s sure to get a bit rowdy himself if he joins Shelton to sing “Hillbilly Bone.” You can enjoy one of their older live performances of the song in the video below!