By Jennifer Pernicano on October 22, 2014
Advertisement 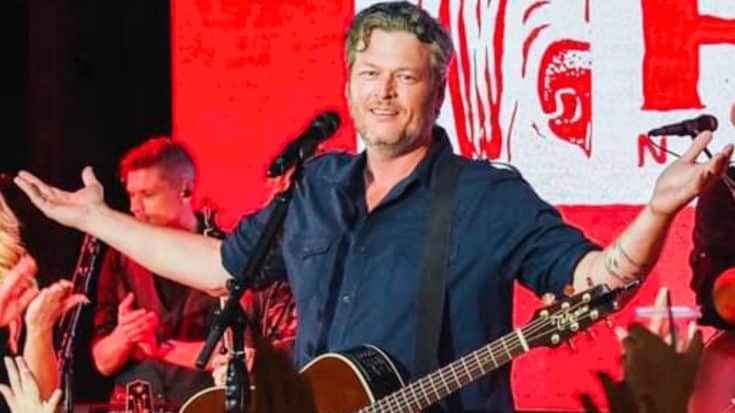 Many lucky country music fans were in for a treat when Blake Shelton played his set during a 2013 show.

While he has many hits of his own, enough to fill whole Greatest Hits album to be exact, Shelton still enjoys playing covers of his favorite songs. In this particular performance, Shelton played a medley of Garth Brooks‘ hits “Much Too Young (To Feel This Damn Old)” and “Papa Loves Mama.”

Before he even sang the opening lyrics to “Much Too Young” the fans cheered, knowing which song he was about to play. They sang along to every word and were in awe of Shelton’s presence at their local honky tonk.

Shelton sang the tune with such conviction, we were almost convinced that it was his own song! After a huge round of applause, he seamlessly transitioned into Brooks’ 1992 hit “Papa Loves Mama.”

Brooks included “Much Too Young” on his debut self-titled album in 1989, which peaked an number two on the Top Country Albums chart.

? The Dance
? If Tomorrow Never Comes
? Much Too Young pic.twitter.com/urkuNPVzYC

The people in Shelton’s audience must be real country fans because they were singing every lyric to both songs. What we would have given to be in the audience that night!

Enjoy his performance below.