By Miranda Raye on January 24, 2018
Advertisement 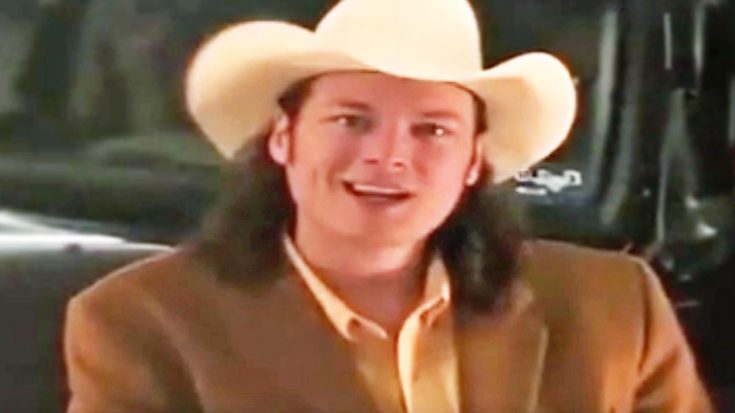 Once upon a time, Blake Shelton was not a country music superstar. Hard to believe it now, since Shelton’s name is undeniably one of the most recognizable in the entire genre.

A great deal has changed since Shelton burst on the scene in 2001 with his debut single, “Austin.” That song became a number one hit, and he has since accumulated over 20 more. Every album he’s released since 2013 has topped the country albums chart, and all of his albums have always cracked the Top Ten.

Add in the fact that he’s won numerous awards, served as a host of the ACM Awards for multiple years, and is a longstanding coach on the hit competition series The Voice. Oh, and he’s won the show more than any other coach.

Shelton’s certainly used to appearing on television by now, but it’s something he was quite unfamiliar with as a country newcomer. We’re sure you’d like to see a clip of him from those earlier days, and you’re in luck.

Thanks to the success of “Austin,” Shelton’s star rose quickly within the celebrity world. As a result, he was given the chance to film a commercial for the North Texas Ford Dealers, which of course featured his song “Austin.”

This awkward moment in Shelton’s history was thankfully persevered, and was uploaded to the internet some years back. The 30-second spot opens with Shelton seated in the driver’s seat of a truck as he introduces himself.

“Hi, I’m Blake Shelton,” he said with a smile. “And because of my busy touring schedule as a country music singer, I don’t have time to take chances with my vehicle service.”

Shelton climbed out of the truck after that, and encouraged all to visit the North Texas Ford Dealers if they ever needed to repair their vehicles. The commercial ends with Shelton beaming at the camera, saying, “You tell ’em Blake sent ya.”

As comical as the dialogue was, Shelton’s appearance was the most chuckle-worthy part of the commercial. That was in the height of his mullet days, and there was no hiding that thing under the cowboy hat he donned on his head. He was also wearing an interesting outfit, which consisted of a large jacket and a pair of jeans.

We could describe this commercial all day, but you’ll get more amusement out of watching it. You can do so by tuning in to the video below.

Knowing Shelton, he’d get a good laugh out of this blast from the past video as well!