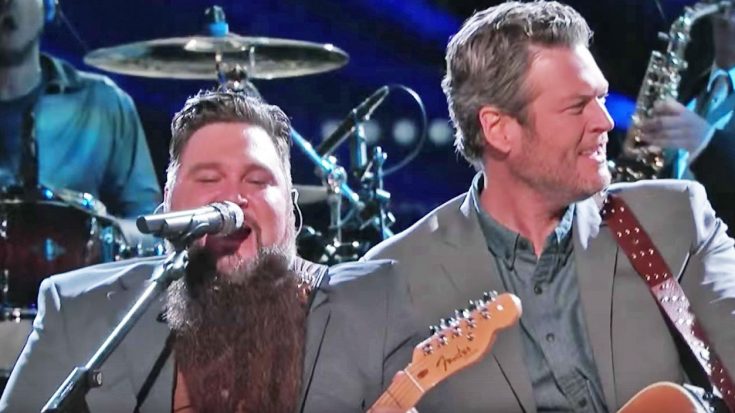 Sundance left his signature cowboy hat on the sidelines for their rocking rendition of his father’s (Roy Head) soulful song. The performance combined two things the contestant cares about the most, music and family.

“I’m glad that we could thrill my dad. He’s getting old and he’s done so much for me,” the contestant said according to One Country. “He was a real, old time rocker, and to be able to pay him back is special.”

The camera panned many times throughout the performance to Roy watching his son perform, beaming with pride as he sang along to the words of his song he wrote so many years ago. Like Sundance’s father, Shelton gazed at his final team member with pride painted across his face.

“Treat Her Right” was released by Roy in 1965 and the song soared to No.2 on both Billboard’s pop chart as well as the R&B chart. You can watch Shelton and Head’s electrifying duet in the video below!