By Miranda Raye on March 25, 2018
Advertisement 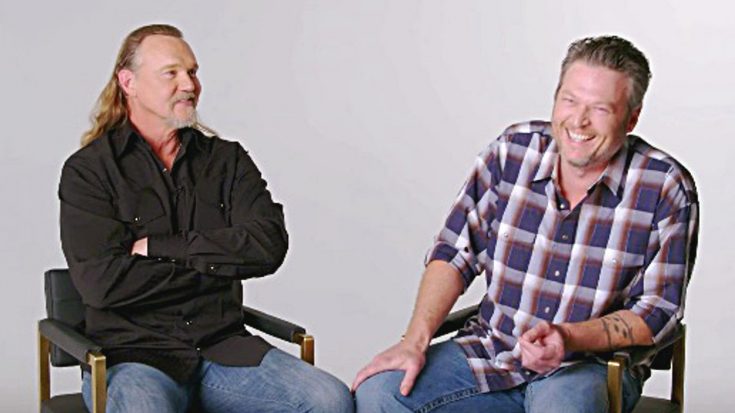 Blake Shelton and Trace Adkins‘ hit song “Hillbilly Bone” is less of a hit and more of a phenomenon. All you have to do is hear a crowd roar whenever the duo sings it live to understand why we say that.

For many, “Hillbilly Bone” is a quintessential country anthem, a song that proclaims “I’m country and I’m proud.” It’s a message that Shelton and Adkins can clearly get behind as well, which is why their performances were so convincing (and rowdy).

Of course, a song that was a smash like “Hillbilly Bone” had to have a music video to match. If you remember the video, it’s just as epic as the song itself.

The video shows Shelton and Adkins having dinner in a fancy restaurant, where they clearly don’t belong. Staff members and other customers stare at them and their cowboy attire in disgust, making things a little awkward for the two country boys.

In a behind-the-scenes clip from Adkins’ time as Shelton’s advisor on The Voice, the two shared the story behind “Hillbilly Bone” and its video.

As awkward as the video’s setting seemed for their characters, it was equally so for their real-life selves:

“I really did feel like we didn’t belong there,” Shelton said.

“We didn’t,” Adkins replied, agreeing with him.

“Even though we were there filming a video, like, it really was awkward,” Shelton said.

Maybe the awkwardness is the reason why Shelton took to “drinking all the props,” according to Adkins. At the same time that he said that, a clip from the video played that showed Shelton downing a glass of wine.

You can catch more of Shelton and Adkins’ hilarious confessions about “Hillbilly Bone” and its music video by watching the clip below!