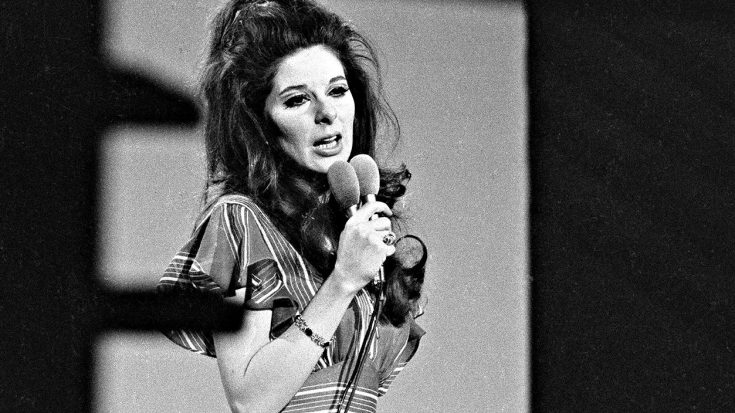 Known for her iconic hit song “Ode To Billie Joe”, this country music star would later disappear from the face of the earth after a series of inexplicable events – never to be seen publicly again.

But, in a moment almost as mysterious as the unnamed item Bille Joe McAllister threw off the Tallahatchie Bridge before taking his own life…Bobbie Gentry completely vanished from the public eye.

In 1967, her multiple Grammy-winning song “Ode To Billie Joe”, was issued to the charts – not as an overproduced single with a lot of fanfare, but using the original demo recording Gentry submitted along with an added string section.

Gentry would go on to find great success from her music, with popular duets alongside Glen Campbell, songwriting wins with Reba McEntire’s cover of “Fancy”, and she became the first woman to ever host a variety show on the BBC.

During the latter section of her nearly two decades in the public eye, Gentry spent a majority of it in Las Vegas exploring her own creativity in new depths. She crafted glamorous, glitzy, and fabulous stage shows that were lauded by critics for their striking set design. Additionally, she has been credited with designing a majority of the wild costumes and the impressive dance choreography used in those over-the-top shows.

Less than 20 years after her smash breakthrough into the world of entertainment, Bobbie Gentry performed a career-first…and last. Set to take the stage with Mac Davis during a 1983 concert, Gentry canceled the show abruptly – something she had never done before. After that canceled performance, Gentry was spotted a handful of times at industry events, and then utterly vanished without a trace, withdrawing from the public eye to lead a secret, private life.

Nobody truly knows what happened to Bobbie Gentry, and many have speculated she lives near the same Tallahatchie Bridge she sang about in “Ode To Billie Joe”, while others say she is living in Los Angeles outside of the industry – but either way, one thing will always remain the same: her incredible impact on the world of music as a whole.

Watch Bobbie Gentry’s unforgettable performance of this legendary song in the video below.