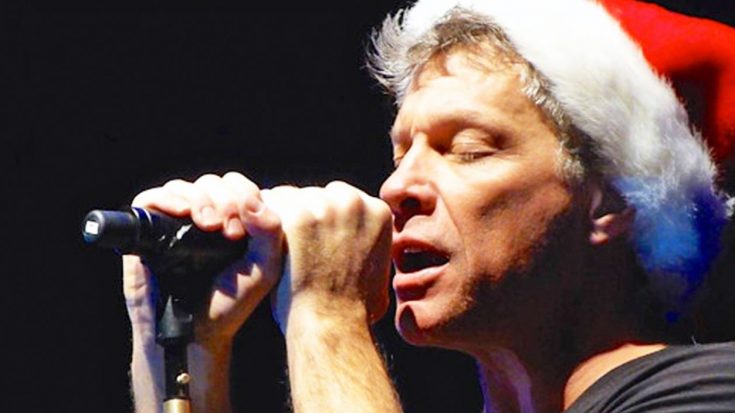 Music icon Bon Jovi has been known for his electrifying hits and highly recognizable voice. With timeless hits such as “Livin’ On A Prayer” and “It’s my Life”, the singer has continued to keep is music in the hearts of fans both old and young. While the rocker has had quite a few of his own hits, he sure knows how to make even the dreariest of songs into an electric performance.

During a past holiday performance at The White House, Bon Jovi was given the opportunity to wow the audience with his own rendition of the holiday ballad “Blue Christmas”, and his performance was nothing short of sensational. Upon being introduced by actress Jamie Lee Curtis who confidently called him a “rock ‘n roll hero“, the singer strut across the stage and soaked up the praise. After a quick joke with the band, Bon Jovi wasted no time in giving the audience the performance they’d been longing for!

Although his holiday rendition contained profoundly soulful elements, the “Livin’ On A Prayer” singer kept his signature sound present throughout the duration of the lively performance.

Former-President Bill Clinton could be seen on the recording thoroughly enjoying the event with a wide grin on his face as Bon Jovi attempted Elvis Presley inspired dance moves. What we would give to have been part of that event!

Watch his performance below!