By Manly Bryant on August 15, 2017
Advertisement 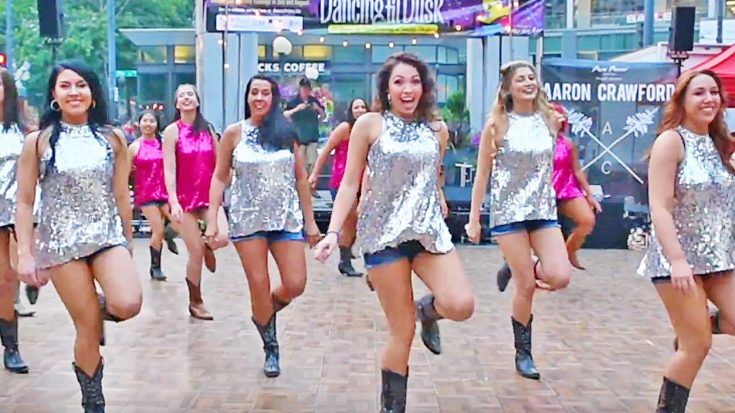 These city girls went full on country at Dancin’ Til’ Dusk at Westlake Park in Seattle! The Washington-based line dance team, the Boot Boogie Babes got down to the tune of Miranda Lambert and Carrie Underwood‘s girl-power anthem, “Somethin’ Bad.”

Dressed in adorable silver and hot pink glitter tops paired with daisy dukes and cowboy boots, the city girls paired the glitz of the city with the down to earth style of the south. The ladies booted, scooted, and boogied to the beat of the rebellious country tune that would surely make the leading ladies of modern country music proud.

While these talented ladies hail from Seattle, Washington, their dance moves look like they are straight out of a honky tonk. Seattle-based country music radio personality, DeAnna Lee, is the head coach for the dance squad. The Boot Boogie Babes have performed with Loretta Lynn‘s granddaughter, Tayla, as well as Marshawn Lynch’s mother, Momma Lynch.

“Somethin’ Bad” was released as a duet between the two country songstresses off Lambert’s 2014 album, Platinum. The song was widely well-received by audiences of all genres, going on to receive a Grammy-nomination for “Best Country Duo/Group Performance.”

You can watch the ladies break it down to “Somethin’ Bad” below!