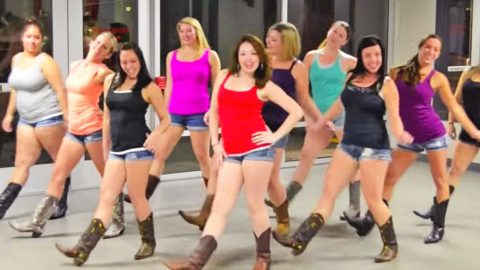 Country music truly is an American genre. No matter where you go, you can find a group of country music-lovin’ people. While there are plenty of country fans in rural areas, there’s also a whole bunch in some of America’s largest cities.

In fact, one huge group of country fans resides in Seattle, Washington. Called the Boot Boogie Babes, these ladies have taken their passion for country music to the next level.

As “Seattle’s Line Dance Team,” the Boot Boogie Babes make various appearances to show off their best moves. They’ve even performed with Loretta Lynn‘s granddaughter, Tayla! In addition to their in-person performances, the Boot Boogie Babes frequently share videos online of some of their dances.

DeAnn Lee serves as the choreographer and coach for the Boot Boogie Babes, according to the group’s Facebook page. Her roots are deep in country music, and she also works for Seattle country music radio station 94.1 KMPS.

Since Lee knows all about modern country hits, she picks the perfect songs to choreograph for the Boot Boogie Babes. One country song that got the Boot Boogie treatment was country duo Maddie & Tae‘s number one hit from 2014, “Girl in a Country Song.”

The Boot Boogie Babes danced it out to “Girl in a Country Song” in a video full of country girl attitude! It’s clear the girls were having a blast as they kicked up their heels, spun around, and shimmied to the sassy country hit.

After a little bit of practice, you’ll soon be able to dance right along with the Boot Boogie Babes. Go ahead and watch the video below to you can break it down to this smokin’ hot line dance!