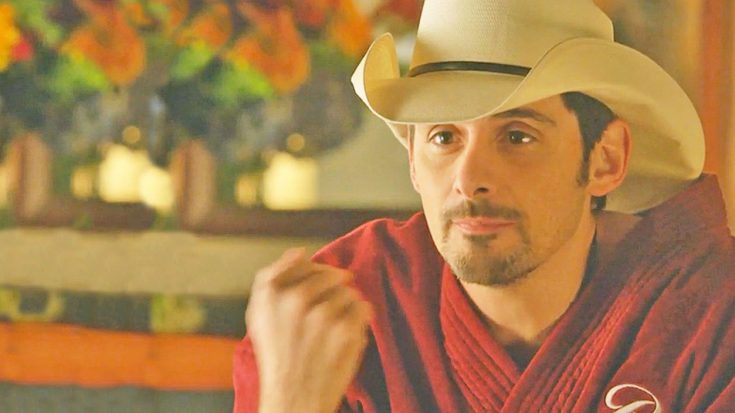 As of late, people have become more worried with being politically correct, than being, well, correct. We are encouraged to say “Happy Holidays” rather than “Merry Christmas,” as to not offend anyone who doesn’t celebrate Christmas.

In 2006, Brad Paisley had had enough of being politically correct around Christmas time, so he decided to write a song about it. With songwriting friend and long-time collaborator Frank Smith, the two gentlemen wrote a catchy and hilarious tune called “Kung Pao Buckaroo Holiday.”

The song brings back the hilarious trio the Kung Pao Buckaroos, which consists of Bill Anderson, George Jones and Little Jimmy Dickens. The song finds the country legends all sitting around a campfire, attempting to sing holiday songs.

To give them an example, he said to sing “White Holiday,” instead of “White Christmas,” only now, the word “white” was being bleeped! They figured out you have to sing “Caucasian Holiday,” which none of them wanted to do.

The rest of the song is hysterical with each gentleman continually being bleeped and not understanding why everything needs to be politically correct.

Listen to the hysterical song below.