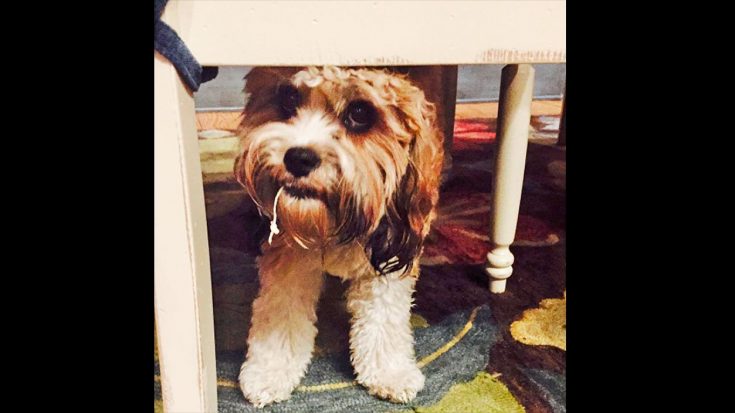 Brad Paisley‘s dog Annie was sure in the dog house when her Christmas curiosity led to the disappearance of our reason for the season, Jesus Christ. Paisley’s wife Kimberly took to her Instagram to share the moment that had us all rolling with laughter.

As the family went about their night, they noticed that their baby Jesus was missing from their Nativity scene! Although catching the thief red-handed, it was too late. The guilty face of their pooch and the remnants of the scenes key piece say it all!

Tonight Annie ate the baby Jesus out of the nativity, after which Jasper proclaimed, "Well, SHE's not a Christian." #christmas #truth #shelookslikeshefeelsbadaboutit?

A post shared by Kimberly Williams-Paisley (@kimberlywilliamspaisley) on Dec 5, 2016 at 7:42pm PST

Kimberly added their son’s hilarious comment to the post, writing that upon seeing the disaster he exclaimed, “Well SHE’S not a Christian!”

No harm no foul and the family was all laughs about it. This isn’t the first time Annie has made an appearance in Kimberly’s feed. The pup played a key role on Halloween, bearing a striking resemblance to the dog Toto as Kimberly played Dorothy from The Wizard of Oz!

A post shared by Kimberly Williams-Paisley (@kimberlywilliamspaisley) on Oct 31, 2016 at 9:55pm PDT