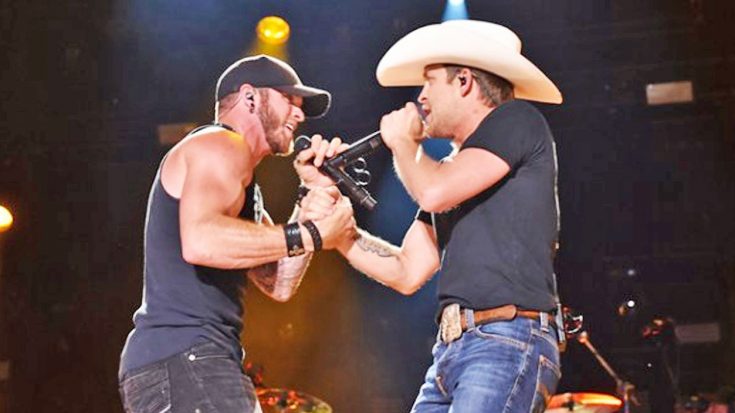 Country stars Brantley Gilbert and Justin Moore ditch political correctness in their testosterone-fueled “More Middle Fingers.” In the span of 4 minutes the two singers “flip off” everything from the fat cats of Wall Street “taking you and me to the cleaners” all the way to those who “don’t salute the troops.”

“There’s no shortage of testosterone in this record,” Moore shared with Rare, going on to say the song encapsulates their friendship “to a T.”

Moore said he and Gilbert have a shared set of values they both hold up to the highest level of importance in their lives. While they may exude a somewhat bad boy vibe onstage, Moore shares that in real life they couldn’t be more calm, with both their wives often accompanying them on tour.

Posted by Brantley Gilbert And Everything Country on Thursday, March 10, 2016

The two hit the road together earlier this year on Gilbert’s Take It Outside Tour. Moore had the idea while on tour they should record a second song together as a followup to their 2014 collaboration “Small Town Throwdown” also featuring Thomas Rhett.

“More Middle Fingers” is featured on Moore’s 2016 album, Kinda Don’t Care. The album topped the Country Albums chart making it Moore’s third No.1 on that chart. Selling over 134,000 copies in the U.S. alone, fans couldn’t get enough of Moore’s sound.

Listen to Moore and Gilbert’s “More Middle Fingers” below.