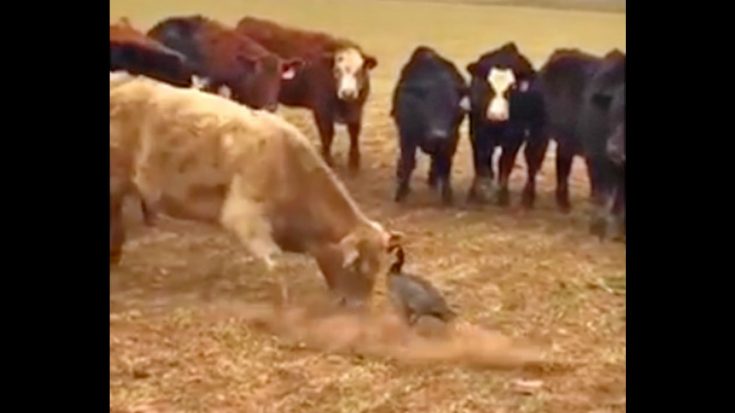 In a classic David and Goliath type story, a brave goose faced off against a herd of cows, the winged creature standing tall when a massive cow made an especially aggressive advance. Taking a fighting stance, the black cow attempted to charge, the small waterfowl standing its ground like a well-seasoned torero.

In a manner that would have even the bravest of bullfighters running for their lives, the cow attempted to charge the goose as they both stood in a wide open field. As the bull neared him, the goose quickly whipped up his wings, effectively scaring off the animal in his advance.

Since hitting the Internet, the video has accumulated over millions of views on all forms of social media.