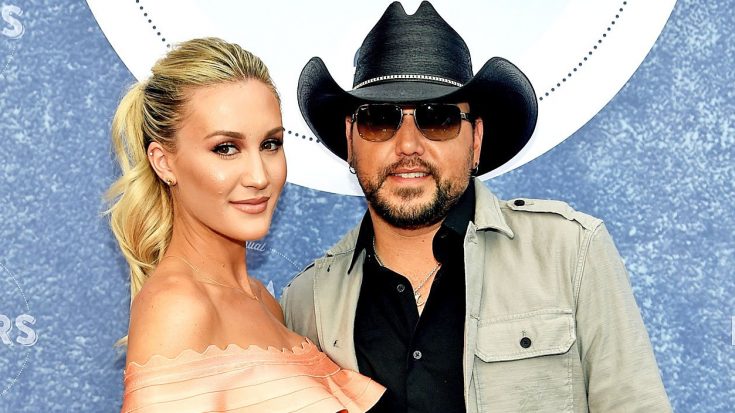 October 1, 2017 is a date that will surely haunt Jason Aldean and his wife, Brittany, forever. It was on that day that over 50 people were killed and hundreds more were injured after a shooter opened fire on the crowd that gathered to watch Jason perform at the Route 91 Harvest Festival in Las Vegas.

Following the shooting, Jason issued a short statement on social media saying that the night had been “beyond horrific.” Later, he shared a more detailed statement in which he called for love and unity. He also spoke directly to those affected by the shooting:

“I am so sorry for the hurt and pain everyone is feeling right now and there are no words I can say to to take that pain away.”

Over the last 24 hrs I have gone through lots of emotions. Fear, Anger, Heartache, Compassion and many others. I truely dont understand why a person would want to take the life of another. Something has changed in this country and in this world lately that is scary to see. This world is becoming the kind of place i am afraid to raise my children in. At the end of the day we arent Democrats or Republicans, Whites or Blacks, Men or Women. We are all humans and we are all Americans and its time to start acting like it and stand together as ONE! That is the only way we will ever get this Country to be better than it has ever been, but we have a long way to go and we have to start now. My heart aches for the Victims and their families of this Senseless act. I am so sorry for the hurt and pain everyone is feeling right now and there are no words i can say to to take that pain away. Just know u all are in my heart and my prayers as we all go through this together. Time to come together and stop the hate! #stopthehate #prayforlasvegas

Like Jason, Brittany initially released a short statement on the night of the shooting to share that she was safe. She also expressed the fact that she would be keeping everyone in her prayers.

On Wednesday (October 4) Brittany broke her silence to release a more elaborate statement about what she witnessed on that terrifying night. She explained that she was not near Jason on the stage at the time that the shooting began, but was close to the Mandalay Bay Hotel and Casino in a tent with some friends.

“As you can imagine my first instinct was to run to him and his was the same,” she wrote.

Once they found each other, Brittany and Jason took cover behind some equipment along with members of Jason’s crew. As the shots rang out over them, Brittany’s main thought was about the baby boy she’s expecting.

“All I could think was ‘I never even got to hold my baby,‘” she wrote.

Brittany concluded her statement by expressing the heartache she feels for those who were killed during the shooting. She spoke to the families and friends of those people, saying, “Each and every one of you are and will forever be in my prayers.”

You can read Brittany’s full statement in the post below.

Took me a while to be able to write these words… thank you to everyone who has reached out to Jason and I… Means the world to us?

If you would like to help, you can do so by donating to the Las Vegas Victims’ Fund. This fund was established by the Clark County Commissioner and Las Vegas Sheriff to provide assistance to the victims and families affected by the shooting.

You can make a donation to the Las Vegas Victims’ Fund by donating through this link here.

For those in the Vegas area, Stoney’s Rockin’ Country is hosting a Solidarity Concert on Wednesday night (October 4), with all proceeds going to the Las Vegas Victims’ Fund. Some of the scheduled performers include Tony Jackson, Carter Winter, and Scotty Alexander.

You can learn more about Stoney’s concert here.