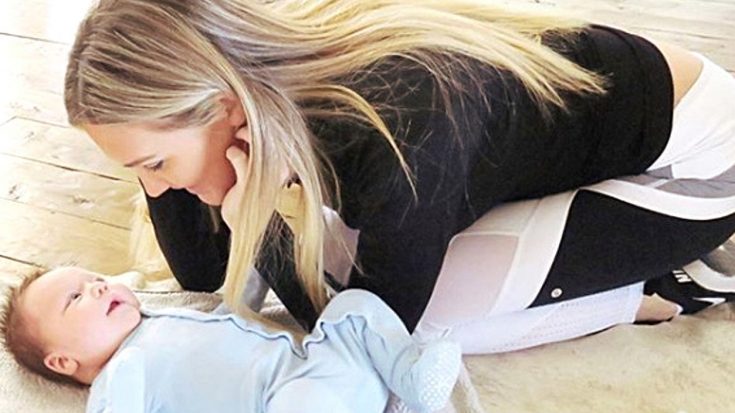 Before Brittany Became An Aldean

If you thought that Jason Aldean was the only singer in his family, then you thought wrong!

Some of you may remember this, but way back in 2012 Jason’s future wife, Brittany Kerr, auditioned for American Idol. She was an NBA dancer at the time, and decided to audition for Idol for a chance to make it in the music business.

She sang Joss Stone’s “Spoiled,” and instantly impressed judges Randy Jackson and Steven Tyler. While Jennifer Lopez gave her a “no” vote, she did compliment Brittany’s voice, saying it was “pretty.”

But Brittany’s time on Idol was short-lived. While she made it to Hollywood Week, she was eliminated before the live shows kicked off.

She Has Since Stopped Singing, But Not For Good

Fast forward to now, and Brittany is married to one of the leading stars in the country music scene.

SURPRISE-WE ARE PREGNANT! It's been the hardest secret to keep and the biggest blessing in the entire world! We can't wait to meet you baby! pic.twitter.com/jgoZIFJdeJ

Yet despite her connections to the industry, we haven’t heard her sing that much since her Idol days.

Finally, we got to hear a little taste of Brittany’s voice yet again when she shared a clip of herself singing a lullaby to her son, Memphis. The song she chose was the classic “You Are My Sunshine.”

The song was a good choice for Brittany, since it perfectly showcased the sweetness of her voice. Little Memphis clearly loved the sound of her singing, as he watched her intently with his bright blue eyes and smiled.

This clip may be a short one, but that just means you’ll have plenty of time to play it over and over again. The combination of Brittany’s soft voice and Memphis’ adorable smile makes the whole video delightful to watch.