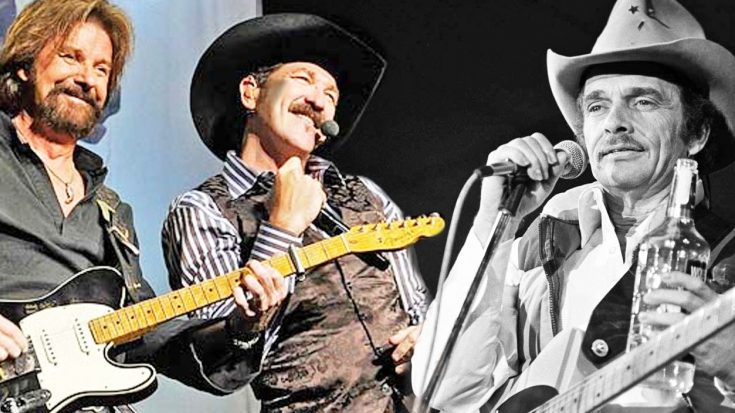 The duo pick up the pace of the iconic country classic while maintaining the bluegrass feel of the original. Brooks & Dunn exchange the banjo laden melody of Haggard’s version for an electric guitar making for a high-tempo sound.

The patriotic banger expresses Haggard’s anger and frustration with people possessing contempt for his country. The song was released in 1970 when anti-war sentiment was at its peak with the Vietnam war causing many people to harp “on the wars we fight,” leading Haggard to dole out of the advice “if you don’t love it, leave it.”

“Fightin’ Side of Me” spent three weeks at No.1 on Billboard’s Hot Country Singles and went on to earn a nomination for “Song of the Year” at the 1970 CMAs.

Listen to Brooks & Dunn’s cover of the legendary song in the video below and be sure to let us know what you think!