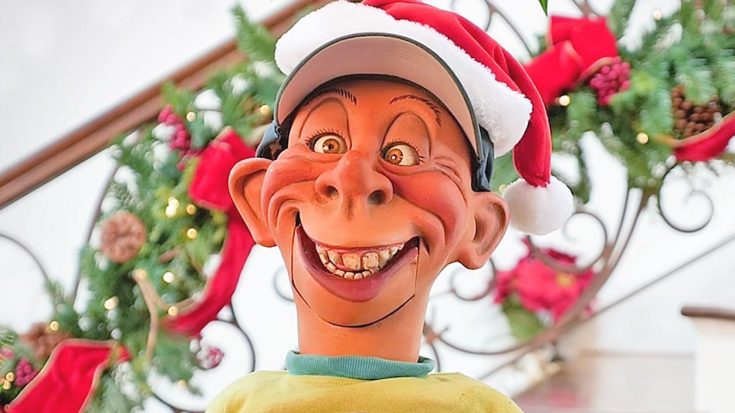 Christmas is almost here, and you know what that means…it’s time to revisit some of our favorite Jeff Dunham holiday videos!

Dunham gathered his entire cast of puppets to film a holiday greeting for all of their fans back in 2017. But of course, it didn’t take long for the puppets’ simple Christmas messages to go hilariously off the rails.

Everything started off fairly calm, with Peanut, Achmed, Walter, and the others all saying “Merry” to lead into a “Merry Christmas” greeting. But when it came time for Dunham’s redneck puppet Bubba J to contribute, everything took a major detour.

Instead of joining in to wish everyone a Merry Christmas, the word “merry” made Bubba J think of a special someone in his life named Mary. From there, his Christmas greeting turned into an impulsive confession about his love life that no one asked for!

“I once dated a cousin named Mary,” he said, seeming proud of himself.

Dunham barely gives you enough time to process that unexpected piece of news before the video jumps to the next puppet. While Bubba J certainly wasn’t the only one who made us laugh in the clip, his lines were the ones that had us cracking up the most.

At another point in the video, Bubba J calls out for a glass of everyone’s favorite Christmas beverage…egg nog. But since he isn’t necessarily the brightest bulb in the box, he was a bit confused, and asked if he could have his egg nog “over easy.”

The reason why Bubba J is so funny is because he doesn’t even try to be, he’s just naturally that way! You can hear more of his hysterical holiday banter in the video below.

This video contains material that some may find offensive.