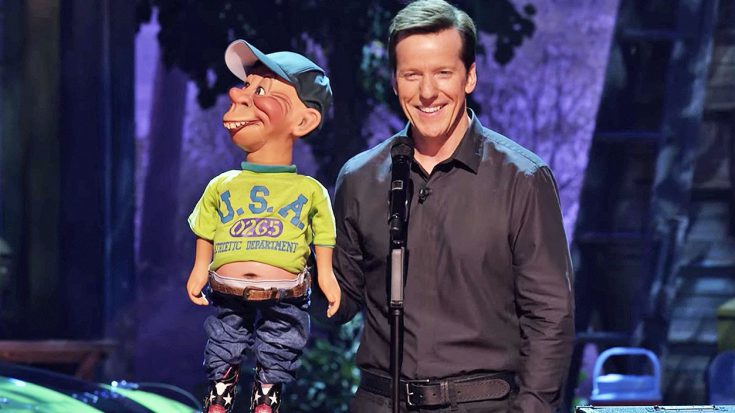 A nervous Bubba J took the stage with his best bud, Jeff Dunham, at the 2015 comedy special “Unhinged in Hollywood.” America’s favorite redneck tried his hand at acting but looks like he shouldn’t quit his day job quite yet.

During what appears to be a poorly rehearsed joke, Bubba J fumbles his lines attempting to ask Dunham if they have Walmarts in Los Angeles.

Dunham then suggests he give the joke another try, which he excitedly agrees to before admitting he doesn’t quite remember what the joke was in the first place. A laughing Dunham then reminds Bubba J his failed joke was about “Walmarts in Los Angeles.”

A photo of Bubba J hard at work on set during the taping of the opening for Controlled Chaos. #controlledchaos #dunham pic.twitter.com/HLLNAWw

“Hey do they have Walmarts in Los Angeles?” Bubba J once again asks. “Hurry up you’re screwing up the timing!” he continues after Dunham takes a long pause. “It’s so convenient, where else can you get Cheeze-Its, tampons, and a canoe all in the same place? Now back to our regularly scheduled show.”

A proud Bubba J then takes a well-deserved bow to a cheering audience. You can watch the hysterical video below!