Bubba J Tries To Film A Movie, But Keeps Getting Distracted 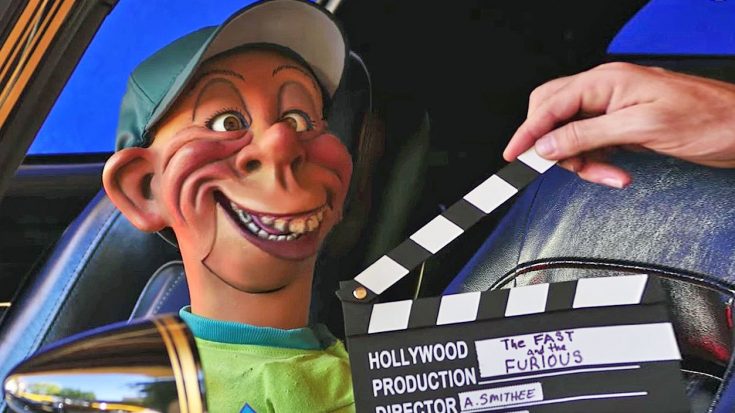 We all know Bubba J as the beer-drinking, NASCAR-loving redneck in Jeff Dunham‘s always-entertaining cast of puppets.

But did you have any idea that he once tried his hand at an acting career? We didn’t either!

It turns out that Bubba J was actually considered as the first choice for a main role in a major movie franchise. This is something that Jeff revealed when he shared some “found footage” from Bubba J’s movie days.

According to Jeff, Bubba J was the first person cast to play the role of Dominic “Dom” Toretto in The Fast and the Furious franchise.

If any of you have seen the films, you know that the character is now played by Vin Diesel. But why is it that Bubba J wasn’t able to hold on to the part?

Goofing Off On Set

It looks like Bubba J’s lost footage shows why the Fast and the Furious films decided to let him go. Bubba J has the tendency to get distracted easily, and that became a big problem while he was filming a scene for the film.

Bubba J seemed to have food on the brain the entire time that he was shooting the scene. This was made clear when he failed to deliver a line as written in the script.

“I live my life a quarter pounder at a time,” Bubba J said proudly, before he was corrected by one of the crew members.

“No, Dom says ‘I live my life a quarter mile at time,'” the crew member said.

But the correction flew right over Bubba J’s head. “I don’t know how Dom lives his life,” Bubba J said. “But I like hamburgers and cheeseburgers, especially ones that are made fast and furious.”

An Odd, But Redneck Request

Bubba J also made an interesting request pertaining to his contract. No surprise to us, this request also involved food. Well, at least what Bubba J considers to be food!

“Can my contract say that I have first dibs on all roadkill?” he asked. “Good eatin’.”

Now we have a better idea why Bubba J was dumped from the Fast and the Furious movie. He may not be able to act, but at least he’s a good comedian!

Go ahead and scroll down below to watch the found footage from Bubba J’s failed acting career. It’s sure to make you laugh!