By Jennifer Pernicano on September 6, 2016
Advertisement 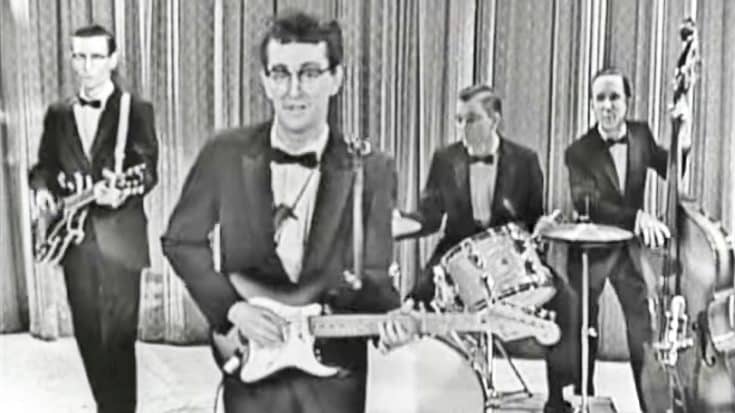 What a rare blast from the past! After nearly six decades, footage of the great Buddy Holly performing “That’ll Be the Day” on the iconic Ed Sullivan Show resurfaced and it’s something you have to see.

Airing on December 1, 1957, Buddy Holly and The Crickets rocked the show dressed to the nines. The group sported jet black suits complete with some classy bowties. The crew continued to deliver a lively showing of Buddy Holly’s historically significant rock and roll classic. This performance truly transcends both time and genre.

The 1957 recording of “That’ll Be the Day” was certified gold and inducted into the Grammy Hall of Fame in 1998. The song was placed on the National Recording Registry in 2005 – commending it for its cultural, historical, and aesthetic importance in United States’ history.

Since its successful release, the song has since been covered time and time again by major recording artists. Linda Ronstadt gave it an upbeat makeover in her 1976 version that was recorded on her Grammy-Award winning album, Hasten Down The Wind.

Posted by RadioFLASHBACK on Tuesday, September 13, 2016

Before Ronstadt’s successful version, The Everly Brothers recorded their cover of the famous tune, landing a spot on both the UK and US charts.

Heck, even The Beatles got in on the action when they recorded it while performing under the band name “The Quarry Men.”

The other guys definitely killed it- but nothing beats an original. You can watch this rare piece of history in the video below!