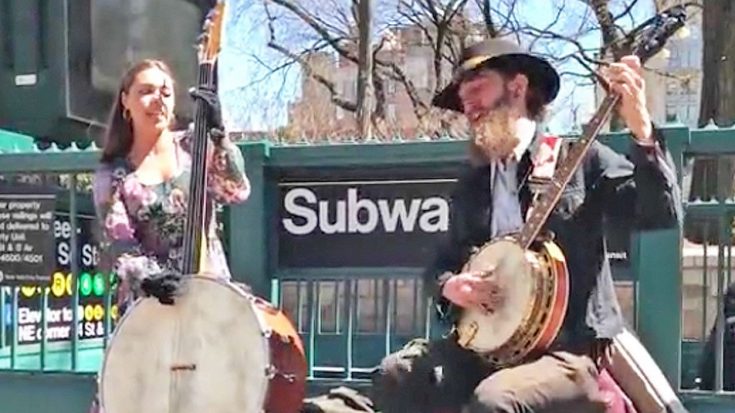 One of the best parts of being in New York City is that you never know what kind of people you will run into. Whether they be tourists or residents of the Big Apple, more than 6 million people per year ride the subway system and encounter hundreds of buskers performing on the street.

These busking banjo players performed a toe-tapping rendition of Bob Dylan’s “Don’t Think Twice, It’s Alright” and caught the attention of filmmaker Al Leibman while he was in Union Square, who filmed the video below.

The married duo, who go by Coyote and Crow, played several instruments during their Bob Dylan tribute, including a banjo, a stand up bass banjo, drum, and tambourine, even though there were only two of them. Talk about multi-tasking!

They make a living busking around New York City, playing the music that inspires them and even some original songs. They call their style of music “Old Time Rock n’ Soul”.

Their performance will have your toes tapping and your head bobbing to the beat in no time. Their energy and love for music is truly infectious.