California Park Rangers Have A Dance-Off, Their Boss Ends Up Winning 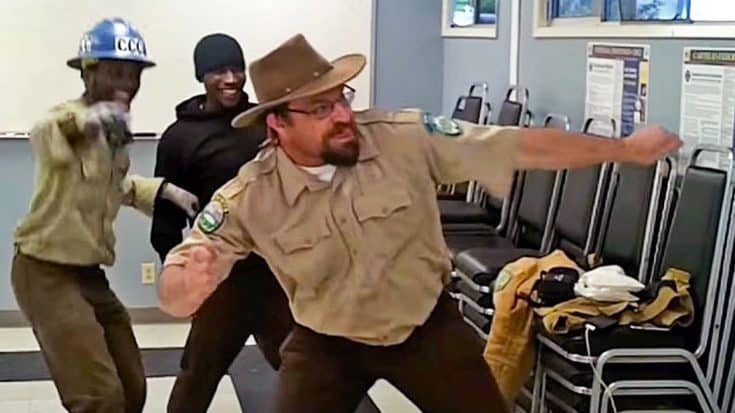 Some people dread going to work because their boss doesn’t know how to let loose and have a little fun. But such is not the case at the California Conservation Corps.

In the Corps, even the boss helps make work a more entertaining place for all who clock in.

Back in 2012, the pair decided to help their boss, John Griffith, learn a few moves of his own. Griffith later uploaded a video of the resulting dance to YouTube.

At first, only McCoy and Patton appear on screen, dancing to the Hip-Hop song “Ayy Ladies” by Travis Porter. But about halfway through the video, Griffith makes his way into the frame, and can be seen bouncing up and down and waving one hand.

What happened next is what led to the video going viral. Over seven million people have watched it!

Much to the shock of McCoy and Patton, Griffith started to bust a major move. He dropped down low to the ground, was shaking his hips, and moved into a series of body rolls. We definitely didn’t see that coming!

When Griffith shared the video on YouTube, he titled it “The Boss Dances Like a BOSS!” We’d say that’s an appropriate description of the clip.

Watch Griffith dance like the true boss he is in the video below!