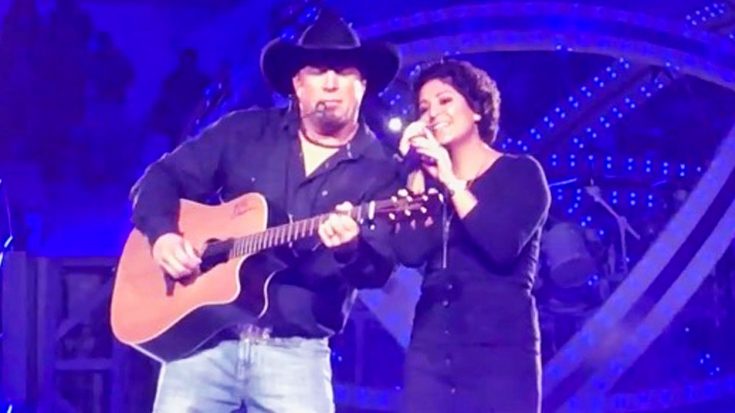 Danielle El-Jor was fresh out of high school when her life changed forever. An aspiring singer, Danielle was all set to head to New York City in order to audition for The Voice.

But Danielle’s life took a drastically different turn when she was diagnosed with stage three Hodgkin’s Lymphoma. Despite her plans to audition for The Voice, Danielle was unable to go because she had to immediately start treatments.

#tbt to March when all we thought I had was mono? this has made me stronger, selfless, and has opened up my eyes to the little things in life that mean SO much more now!

“I had no time to postpone chemotherapy because it was rapidly spreading in my body,” she told WTVR CBS 6 News.

Her Voice audition wasn’t the only think that Danielle had to put on hold. She also had to halt her studies at Longwood University. But despite all of the setbacks, Danielle remained determined to beat her cancer, saying she knew God had a plan for her.

Now, Danielle is a cancer survivor, and she’s finally getting the chance to chase her dreams thanks to one mega country star.

Country music radio station K95 hosted a contest in which they asked listeners to send in a story about someone who has faced adversity. One of Danielle’s friends sent them her story, and the radio station selected her to receive some tickets and meet and greet passes to a Garth Brooks concert.

During her meet and greet, Danielle shared her story with Garth and Trisha Yearwood about her lost oppertunity to audition for The Voice. Since Danielle never got the chance to sing like she had planned, Garth wanted to do something special for her. He invited her to his soundcheck the next day, where he heard just how talented of a singer she is.

“I started singing, the band started playing, and it just all came very natural,” she said. “He was like ‘Let’s do that song tonight!’ I was like ‘Yes,  of course!’”

Danielle and Garth decided to sing Randy Travis‘ “I Told You So” during an emotional performance in front of a packed house in Richmond, Virginia. The crowd was in awe of  Danielle’s beautiful voice, and she seemed like a complete natural on stage up there with Garth:

“It was like I was on stage with my best friend. He was amazing…Looking into Garth’s eyes, you could just see the dad in him. I felt like he would never want to see his daughter in the position I was in.”

After her performance with Garth, Danielle is hopeful that she’ll finally be able to audition for The Voice. We’d love to see her audition, because we think she’s got what it takes to be a star.

Watch Danielle’s unforgettable performance with Garth in the clip below.