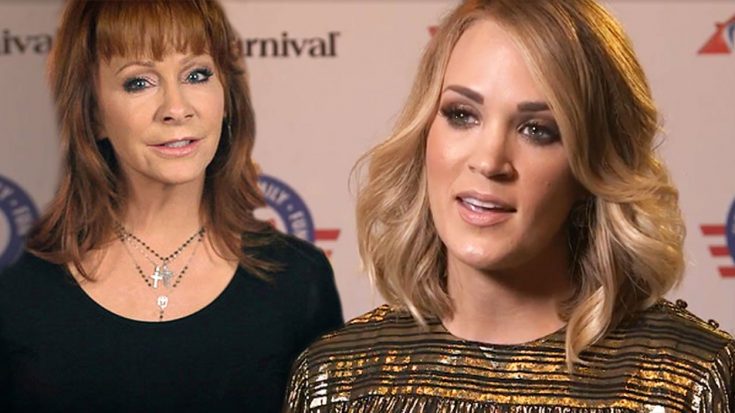 Country music star Carrie Underwood was exceptionally honest in a recent interview in which she spoke of an encounter with Reba McEntire that left the blonde in tears. Talking with PEOPLE, Underwood answered a few questions regarding the last time she’s partaken in various acts or searches, properly deeming the game “One Last Thing”.

The first round kicked off by asking Underwood what her last Google search was, prompting the response, “The last thing I googled was [the] Pred’s playoff schedule.” Of course, fans fondly doted over the star for being involved in her husband’s hockey matches!

Subsequently, the country singer was asked about the last time she was moved to tears. Viewers were surprised to hear that the occurrence had been so recent, as Underwood revealed, “I was moved to tears when Reba McEntire sang “Give This World Back To God” at the ACMs. That was kind of a powerful moment!”

Underwood has always been very proud of her Christianity, making the reason for this memorable cry not at all shocking. McEntire’s song was one of her newest releases on her album Sing It Now: Songs of Faith & Hope.

You can listen to the remainder of the singer’s interview below!