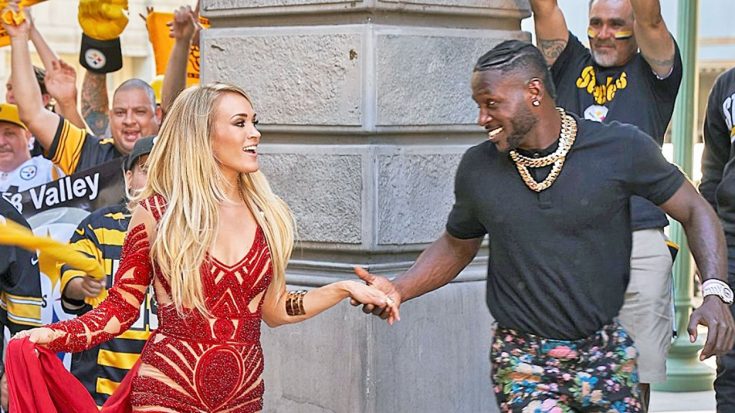 “Oh, Sunday Night” will return as the theme this year, with a few slight tweaks. As a sneak peek video of the theme shows, a few of the lyrics have been changed to give the theme a slightly new sound.

The introductory video to Sunday Night Football won’t debut until September 10, when the first game of the season will air on NBC. That game is set to take place between the Dallas Cowboys and the New York Giants.

In addition to previewing the sound of the new theme, Underwood teased the filmed sequence. The sequence will show her making her way through various football towns while accompanied by different NFL players.

Since previous Sunday Night Football themes have been primarily filmed on a stage setting, Underwood is looking forward to the changes made to this year’s theme. She noted how she was glad they were “able to take it outside this year.”

Check out the sneak peek video of the new Sunday Night Football theme in the clip below! Who else is excited to see the rest of opening sequence?