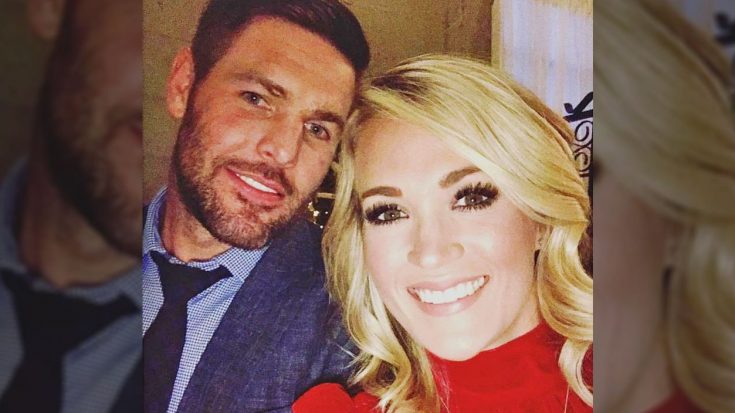 Before the Nashville Predators’ historic 2016-2017 season, one of their star players was seriously considering retirement. Mike Fisher, who was named the captain before the season began, officially retired from professional hockey after the 2017 season, but in a new interview with In His Grip TV, he reveals that he almost retired in 2016.

While Fisher and the Predators did not win the Stanley Cup this year, it was the first time the franchise had ever been to the final round of playoffs since the club’s inception in 1998. Fisher played for the Ottawa Senators from 1999-2011 before being traded to Nashville, which was a blessing in disguise, being the husband of major country music star Carrie Underwood. For the first time in their relationship, they lived in the same city, despite being married in July 2010.

While they now shared a permanent address, they still didn’t spend too much time together. In the interview, Fisher revealed why he was thinking about hanging up his skates.

“Last summer I actually considered retirement. Not too many people know that, but just because I had hardly seen my family,” he said while fishing, which is one of the activities you can catch him doing these days.

During that year, Underwood was on her Storyteller Tour and took their son Isaiah on the road with her for most of it. As a couple of faith, Fisher sought guidance from God to help him make the decision.

“I was really praying about it, and I was trying to figure it all out,” he said. “One of my good friends gave me some really good advice because I was kind of wrestling with it. He said, ‘If you’re really confident that the Lord is going to show you what to do and it’s His decision, then what are you worried about? What are you wrestling with? He’s going to show you, there’s no question. Just have that confidence and faith.’ And we were praying on the way to the rink the next day, actually, that God would just kind of show and reveal his plan and, sure enough, that morning during a workout, He just spoke to me and it was very clear that I needed to be back for another year. Two weeks later they asked me if I’d be the captain.”

If that isn’t a clear sign from God, we don’t know what is! Fisher accepted the role as captain and led his team to their first-ever Western Conference Championship, which had superfan Carrie freaking out on social media after every win.

Watch Fisher talk about his almost retirement in 2016.