By Miranda Raye on December 12, 2016
Advertisement 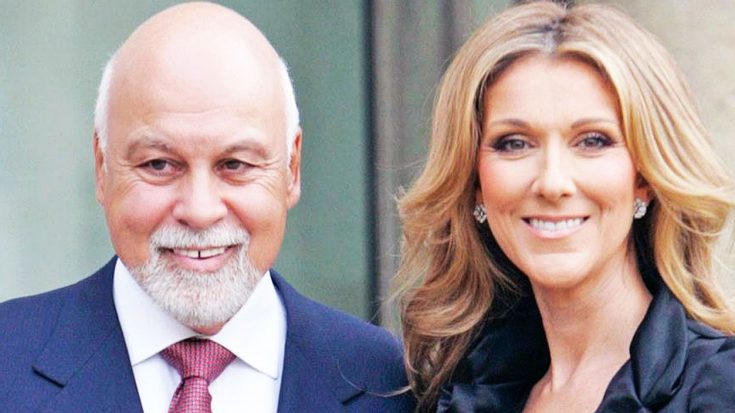 The holidays are supposed to be a joyous time, filled with food, family, and friends. But for some, the holidays are a little bittersweet, as they think about and remember those who could not be there with them.

For Celine Dion, she wants to do everything she can to have a happy holiday season. But there will be a bit of sadness in her heart, as she misses her husband, René Angélil.

Angélil and Dion were married on December 17, 1994 and had three sons together. As Dion’s manager, Angélil was always by her side. But health problems threatened to tear him away from her.

Angélil was first diagnosed with throat cancer in 1999, but made a full recovery. However, the cancer had returned by 2013, and Angélil eventually had to step down as Dion’s manager in 2014.

By September 2015, Dion said that Angélil only had a few months left to live. He passed away on January 14, 2016, just two days before his 74th birthday.

With the first anniversary of her husband’s death approaching, Dion is doing everything she can to try and make the holidays a happy time. Opening up to Page Six, Dion said she intends to take her children to Montana for a holiday vacation. It was a family tradition of theirs before Angélil passed away, and she wants to continue it.

Dion said that although there is much sadness associated with this time of year for her, she knows she has to be strong for her children and herself:

“I cannot just live on like, ‘I lost my husband; my children have no father.’ I have to stand tall and strong because this is my way of living. Stand tall, be positive, pick your battles, do the best you can, and to live for today, not for tomorrow.”

Overall, Dion wants to make sure they honor Angélil this Christmas without dwelling in sadness. Of course there will be some, but she wants the day to be as joyful as it can be.

“It’s kind of a bittersweet moment and at the same time we need to really make the holidays really happy,” she said.

You have to admire Dion’s strength after suffering such a devastating loss. We’ll be keeping her and her children in our prayers.