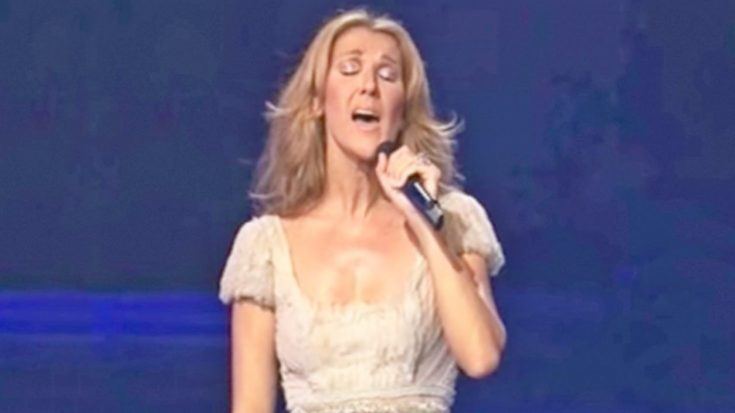 It’s always special when one legend pays tribute to another. Celine Dion, whose name is now synonymous with Las Vegas, knows that she and many other Vegas performers wouldn’t be where they are without someone paving the way for them.

“Tonight, I would like to pay tribute to the greatest entertainer of all time, Mr. Elvis Presley,” she said. “Elvis was Las Vegas.”

While performing at The Colosseum At Caesar’s Palace in Las Vegas, Nevada, she treated her adoring fans to a magical rendition of Presley’s classic song “Can’t Help Falling In Love”.

She put her own spin on the fan-favorite song, using it to show off her impressive vocal runs. If you think you knew this song, you definitely do not know this version. She completely makes it her own, which makes us kind of upset she never recorded it!

Presley released “Can’t Help Falling In Love” in 1961 on the Blue Hawaii soundtrack and it has been a classic ever since!

#TDIM 1962, Elvis Presley had his third UK No.1 album with 'Blue Hawaii'; it spent a total of 18 weeks at the top of the charts. pic.twitter.com/W5WEwjySy9

According to some comments on the YouTube video, Dion used to close all of her shows in the 1990s with this song, which was an incredible way to show off her amazing range and vocal skill.

The video below from a 2007 performance proves that she hasn’t lost her touch. Watch her amazing performance below.