By Manly Bryant on June 8, 2017
Advertisement 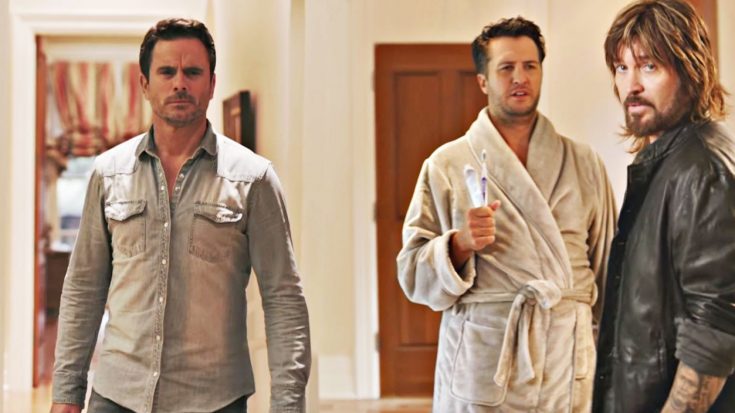 For his inaugural bit as host of the annual CMT Music Awards, ‘Nashville’ star and country music singer/songwriter, Charles Esten pulled out all the stops with a hilarious spoof on AirBnB rentals that you’ve got to see to believe!

The pre-recorded bit features a wide number of country music stars and personalities that all shine in their own way throughout this hysterical and awkward opening sequence that earned roaring laughter from the crowd.

Starting off as if he got interrupted while on the set of ‘Nashville’, Charles Esten and a man sitting in a director’s chair toss words back and forth. The man, whose jacket says “President of CMT” is none other than Darius Rucker.

Together, the two begin to discuss Esten’s new hosting gig and then move into the housing accomodations for fellow country stars while they’re in town for the CMT Music Awards. As Rucker so lovingly calls it, this new bed and breakfast is an “AirCMT”.

As Esten and Rucker begin walking through the house and meeting his fellow AirCMT housemates, the skit takes a fairly interesting and hysterical turn at each new door. Luke Bryan pops out of the bathroom in a robe, Little Big Town is having a snuggle fest, and Thomas Rhett is finding his way into a hairy situation with some garden tools.

All-in-all, it was a funny new spin on the age-old art of getting the audience loosened up for an awards show!

Check out the CMT Music Awards 2017 opening skit below and let us know what you think in the comments!