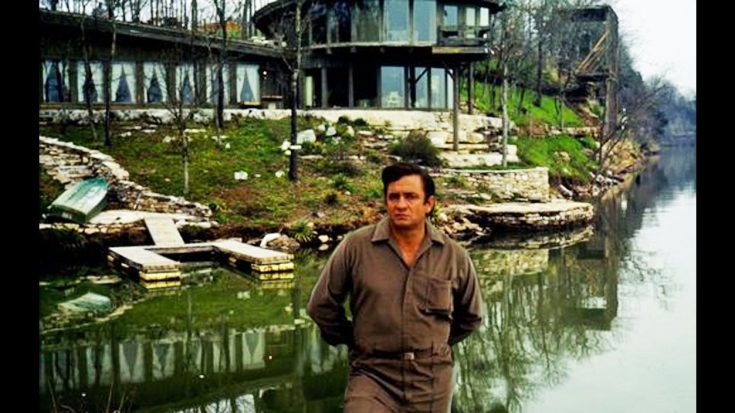 After his passing in 2003, just four months after his wife’s passing, the house they lived in for 35 years in Hendersonville, Tennessee burned to the ground just several years later.

The fire that swept through the 13,880 square-foot home was assisted by a flammable wood preservative that had been applied to the home prior to it being restored. The actual cause of the fire was never determined.

Of the fire, the new owner – a former Bee Gees member – said that he and his family are “both saddened and devastated by the news”. They had not yet moved into the historical home yet.

Johnny Cash and June Carter Cash purchased the home in 1968 from the local master builder who had designed and constructed it for his own family. He initially declined to sell it, but later agreed to sell it to the Cash family.

Now, years later, the estate had become the planned site of an eating disorder treatment center, but those plans were dropped during the effort to re-zone the 4.5 acre area.

The estate does not have a listed price and is expected to be sold through an auction-style process, with more consideration being provided to buyers with interest in preserving the Cash’s legacy.

The land and area were most recently appraised at $1.14 million, but due to the historical significance of the estate, it is expected to fetch upwards of $2 million.

Watch this stunning video of Johnny & June Cash’s former home in the video below.