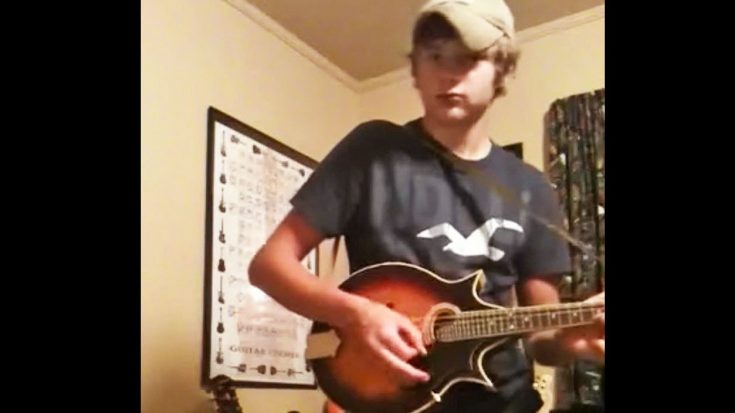 Ronnie Van Zant opened Lynyrd Skynyrd‘s “Made in the Shade” by saying those words above. A whole parade of Southern-fried instruments burst in once he finished speaking, including harmonica and mandolin.

“Made in the Shade” was featured as a track on Skynyrd’s third studio album “Nuthin’ Fancy.” Written by Ronnie, the song is one of the heaviest blues-influenced pieces in the band’s collection.

Barry Harwood is credited with playing the mandolin on the original recording of “Made in the Shade.” The part carries throughout the whole song, giving it a twangy blues sound.

Since the mandolin part in “Made in the Shade” is so recognizable, many fans have tried to learn it themselves. One fan who did just that is named Dustin Crafton.

Crafton was only a teenager when he shared his cover of “Made in the Shade” on YouTube in 2011. A glance through his channel shows a handful of other covers, most of them on guitar.

Crafton managed to nail his part in a little less than a minute. Who needs extra time when you can play mandolin like this?

Go ahead and watch Crafton play “Made in the Shade” below. Be sure to show him some more love by watching his other videos. You can visit his YouTube channel here.