By Jennifer Pernicano on November 20, 2015
Advertisement 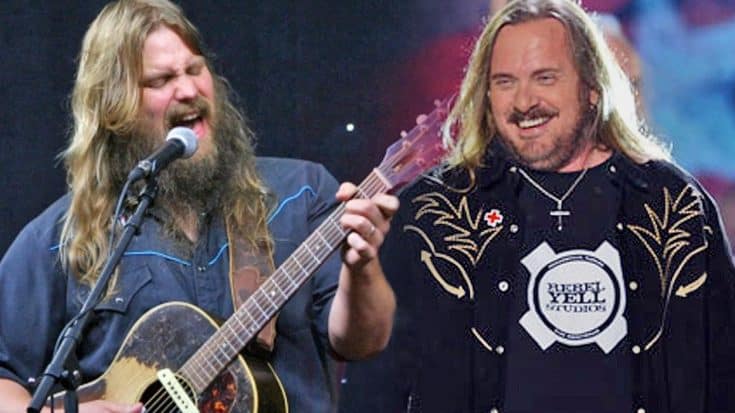 Ever since Chris Stapleton took the stage (and all the trophies) at the 49th Annual CMA Awards, we have been pretty obsessed with anything he does.

This Justin Timberlake and Chris Stapleton performance was the MVP of the #CMAs: https://t.co/7eKSzHBkfd pic.twitter.com/bkxkwpK3yY

At a show in Los Angeles, where his good friend Justin Timberlake was in the audience, Stapleton performed a mash-up of Lynyrd Skynyrd’s “Free Bird” and his own song “Devil Named Music” and it was pure perfection.

With his performance, Stapleton proved that he is worthy of all of the awards and recognition he has received since his breakout moment at the CMAs.

“Free Bird” was released by Skynyrd in 1973 and is considered to be the band’s signature song. They use it as the finale in most of their live performances, often going well over 14 minutes.

“Devil Named Music” is off Stapleton’s award-winning album, Traveller. His style is described as “old-school country mixed with Southern rock,” which is why he covers “Free Bird” so well. Following his CMA performance with Timberlake, Traveller became the top album on Billboard‘s charts.

Stapleton put his own spin to “Free Bird” during his performance and his gritty vocals sound amazing on the classic Skynyrd song. When he began singing “Devil Named Music,” his fans started cheering, knowing they were in for a treat.

Watch Stapleton’s amazing tribute performance to Skynyrd below, and let us know what you think!