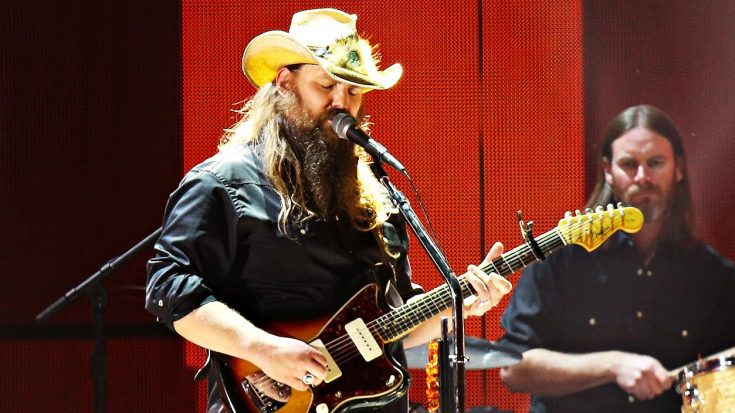 In complete disbelief over the sudden and tragic passing of legendary musician, Tom Petty, this country music superstar expressed his deep sense of loss and sadness in a brief statement before the performance.

Taking the stage just several days after Petty’s passing, Chris Stapleton opened up about the first and last time he was able to perform alongside this beloved hitmaker. Following that, he unleashed one of the most impressive and profound covers of Petty’s hit, “Learning To Fly” that the world has ever heard.

“I couldn’t believe he was gone…I had the opportunity to play with Tom Petty earlier this year,” Stapleton says to the audience, strumming his guitar softly. “And the last thing he said to me was, ‘I hope we get an opportunity to do this again.’ And I left there thinking that we might. And I sure am sad that I won’t get to.”

Bringing the crowd along for a tribute to the recent loss felt worldwide, Stapleton welcomed everyone to join him in singing “Learning To Fly” as he stood center stage and gave the performance his absolute best.

We as a community are deeply saddened by the passing of Tom Petty and are blessed to see such an amazing tribute to the man who brought so much great music to the world.

Watch Chris Stapleton’s own tribute to Tom Petty in the video below and let us know what you think in the comments.