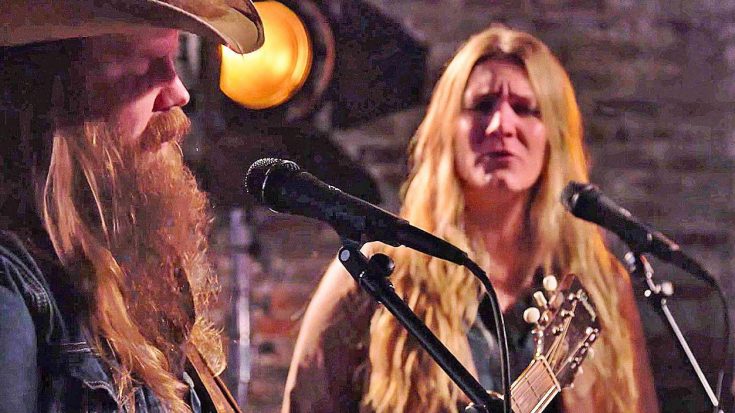 Country music star Chris Stapleton and his wife Morgane have been laying quite the musical foundation, seeing as the husband and wife are both equally talented when it comes to incredible vocal capabilities. While her husband snagged the coveted title of the CMA‘s 2016 Male Vocalist Of The Year, Morgane has been showcasing her incredibly gifted vocal abilities in her prolific performances alongside her cowboy.

The two talents joined musical forces for a very intimate performance of Stapleton’s coveted song “Traveller”, giving the song an incredibly chilling and raw sound. Wielding nothing more than a guitar and their striking vocals, the couple crushed their performance, complete with shared looks of love and admiration.

“Traveller” was released back in April of 2015 as Stapleton’s debut single deriving directly from his later released album also titled Traveller. The song went on to successfully win an award for Best Solo Country Performance of 2015.

Check out Stapleton’s performance of the award winning song below and tell us what you thought!