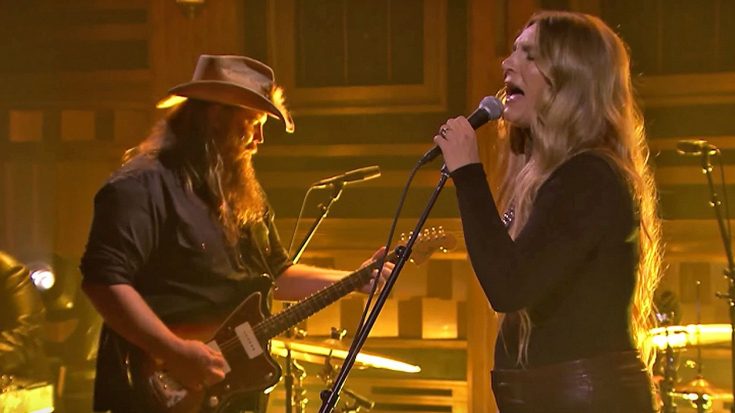 Since snagging the winning title of 2016 CMA’s Male Vocalist Of The Year, country music star Chris Stapleton has been quite the sought out for act! Between his incredible star power and riveting vocals, the singer had made his way to the priority lists. Fortunately for audience members at the singer’s October 14th, 2016 show,  Stapleton and his wife Morgane absolutely blew the audience away.

The husband and wife took to the stage and gave a very unique, and extremely chilling, performance of the well-known song “You Are My Sunshine.” While both the singers joined in harmony to open the song, Morgane confidently transitioned the song into her remarkable vocals and brought the audience to new musical heights. Although Stapleton was still an avid musician and vocalist in the song, this became a profound moment for the singer to showcase his wife’s breathtaking talent beside his own.