By Jennifer Pernicano on November 28, 2017
Advertisement 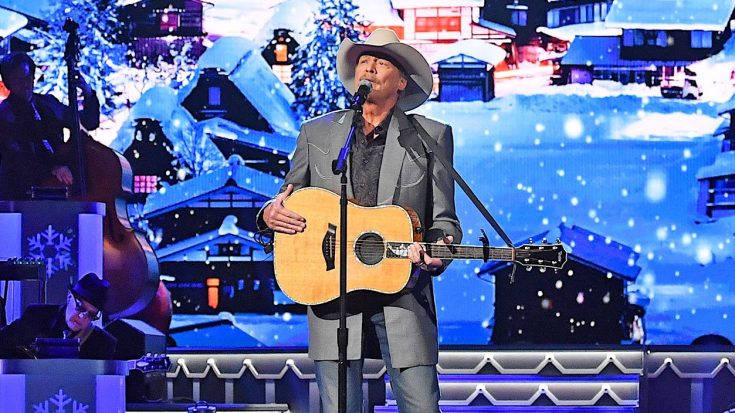 Every year, CMA Country Christmas helps us get into the holiday spirit by bringing some of the best country singers to sing classic holiday songs.

Reba McEntire hosted 2017’s fun-filled night, which featured performances from Trisha Yearwood, Lady Antebellum, Little Big Town, Alan Jackson, and many more.  Not only did Jackson perform the classic “Have Yourself A Merry Little Christmas,” he also sang “There’s A New Kid In Town” with Chris Young, a song he previously performed with the late Keith Whitley.

For his solo performance, looking as dapper as ever in a suit and his signature cowboy hat, Jackson performed the Christmas song and had the entire audience smiling with delight.

Have yourself a Merry Little Christmas! Be sure to catch the re-air of #CMAchristmas tonight on ABC!

It’s hard not to be in a good mood when watching a country legend, and Hall of Fame inductee, perform one of the most well-known Christmas songs out there!

Watch Jackson perform “Have Yourself A Merry Little Christmas” below.