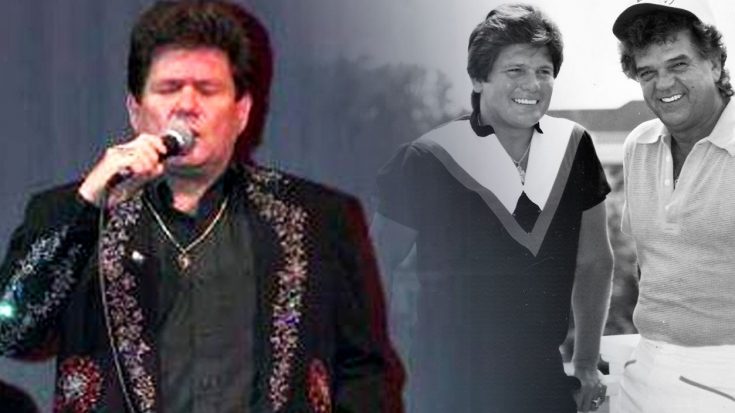 In a one-of-a-kind performance, the son of a country legend pours his heart and soul out into a tribute to his dad that would bring any Conway Twitty fan to tears.

Singing his father’s signature song and international hit, “Hello Darlin'”, Conway’s son, Michael Twitty, delivered one of the most emotional and heartfelt tributes to the late country superstar that we’ve ever heard.

Conway’s hit, which was also written by him, soared high in the 70s across the charts and even made waves as an international chart success, reaching No. 1 in both the U.S. and Canada. His traditional concert-opening song tells the story of a man that runs into his former lover and puts on a mask, saying everything is going just fine with him, but in reality he cries all night missing her.

Following his father’s passing, Michael has carried on the tradition of his father’s legacy and has continued to sing his songs through tribute shows, events, and concerts around the world.

Both Michael and his son, Conway’s grandson Tre Twitty, have continued to sing the hits from his father’s repertoire each year at Loretta Lynn’s annual Remembering Conway event. Often, Tre will join his father for performances honoring his cherished grandfather.

Watch Michael Twitty’s heartfelt rendition of “Hello Darlin'” below, in honor of his dad who was taken far too soon.