Michael Twitty Honors His Father With Rockin’ Medley Of His Hits 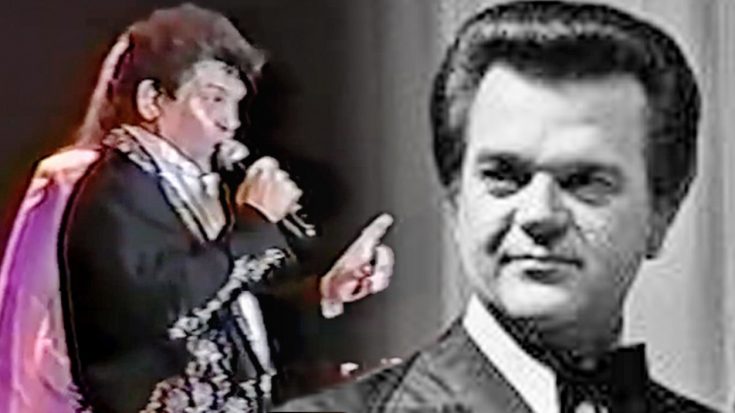 When Conway Twitty passed away in 1993, he left behind a legacy that would last forever. He held the record for most number one singles on the country charts with 43 until 2009, when George Strait surpassed him.

Today in 2006; @GeorgeStrait breaks Conway Twitty's record by scoring his 41st No. 1 with "Give It Away." pic.twitter.com/TM4NCjrAS8

Although he may not hold that record anymore, his accomplishments still speak for themselves. He is a member of the Country Music Hall of Fame, as well as the Rockabilly Hall of Fame, a two-time Grammy winner, four-time CMA Award winner, and a seven-time ACM Award winner.

One person who knows firsthand about Conway’s accomplishments is his eldest son, who followed in his famous father’s footsteps by becoming a performer.

Michael Twitty, the only son of Conway and his first wife Ellen, has made a name for himself in the country music community by being a tribute act. Michael put on a special show called Michael Twitty’s Memories of Conway.

“On June 5, 1993 the world lost the best friend a song has ever had, Mr. Conway Twitty,” the announcer said welcoming Michael to the stage. “But here tonight at the Music Arts Center you’ll see living proof that the legend lives on! Put your hands together and make welcome Conway’s number one son Michael Twitty.”

He kicked off the performance with Conway’s hit song “Boogie Grass Band” followed by the fan-favorite “Tight Fittin’ Jeans,” “Don’t Call Him A Cowboy,” and of course, “Hello Darlin’.”

While no one can replace or replicate the legendary Conway Twitty, we love seeing his son sing his songs because it’s almost as if Conway’s not too far away. Watch the incredible medley below.