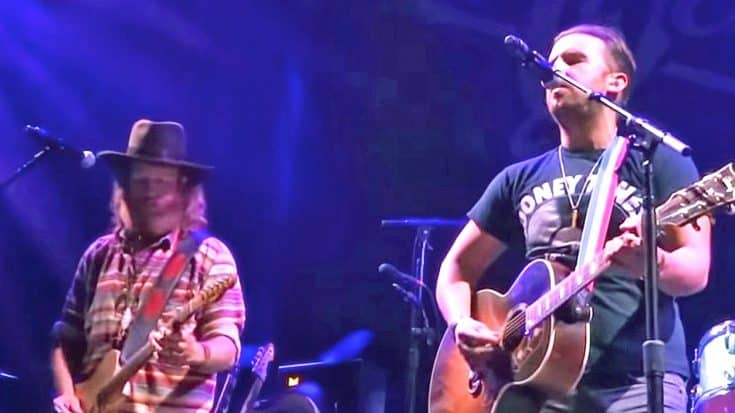 As country artists attempt to come to terms with the tragedy that occurred in Orlando on Sunday (June 12), they’ve taken time out of their performances to pay tribute to those affected by the shooting.

Country duo Brothers Osborne, known for their hit single “Stay a Little Longer”, were actually in Florida for a concert the day the shooting took place. They had a show in Jacksonville that night, and thought it was only fitting to pay tribute to the victims during their performance.

The duo chose to sing Vince Gill‘s emotional ballad, “Go Rest High on that Mountain”. Gill started writing the song after the tragic death of Keith Whitley in 1989 and finished it after his brother, Bob Gill, passed away a few years later.

Since then, the mournful, yet inspirational song has been performed by many artists during times of great loss. For the Brothers Osbourne, no song seemed to better express their feelings toward those affected by the Orlando shooting than “Go Rest High.”

Joined by fellow country artist Gwen Sebastian, the Brothers Osborne delivered a stirring version of Gill’s powerful ballad. Not only can you see the emotion in their faces, but you can hear it in their voices as they sing. All three of them poured their hearts out through the performance, making it a fitting tribute to all of the lives that were lost in Orlando.

You can watch the duo’s emotional performance of “Go Rest High on that Mountain” in the video below.

Our prayers go out to all those affected by the tragedy that occurred in Orlando.