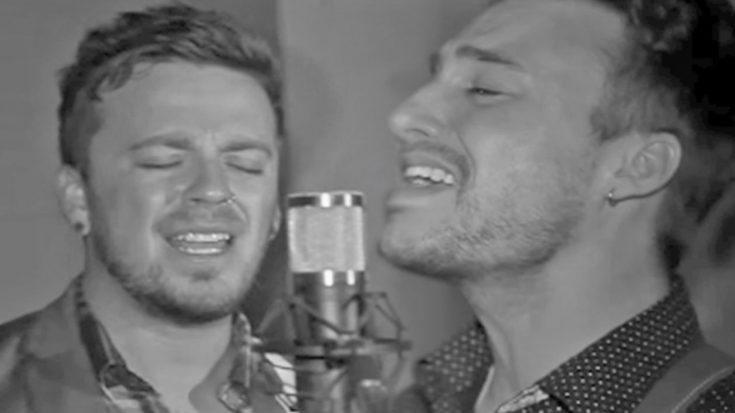 For country duo Love and Theft, their 2014 song and album title track “Whiskey on My Breath” hit close to home for several reasons.

“I come from a family of alcoholics,” Eric Gunderson told PEOPLE shortly after he and bandmate Stephen Barker Liles released it as a single. “I’ve had grandparents and great-grandparents die from alcoholism, and Stephen’s grandfather pretty much drank himself to death. He had a case of Crown sitting next to his bed, woke up every day and drank until he passed out.“

“Whiskey on My Breath” tells the story of an alcoholic confronting his addiction head-on long after he lost everyone and everything close to him.

“The only thing he really cares about ….is ‘When I do die, as long as I make it to heaven, I’m good.’ I think it really shows you how dark [things can be for] someone with an addiction, how dark it really is, and the guy’s kind of in denial,” Liles told The Boot. “And I think it shows how deep an alcoholic can really be, but he also still has that hope, and the only hope he has left is in Jesus, which also shows a positive side of it. So we wanted to come with that … and I think it’s good timing to have that song out there, and I hope it has that impact on a lot of people.”

Liles starts the song solo, and Gunderson joins him for the chorus, giving us chills with their harmonious lyrics, “Oh I know I’m goin’ to Heaven/I can’t go with me like this/I need to pull myself together before then/Lord, and I ain’t afraid of dyin’/But what scares me to death/Is meeting Jesus with whiskey on my breath.”

Comments from fans, old and new, flooded the YouTube video thanking them for the powerful song.

“I am an alcoholic. I have been and still am in treatment. This song really is one of my higher powers. Thanks﻿,” one user wrote.

“This song it really digs down deep…Whiskey was my kill and what nearly killed me so many times. I tell you breaking that addiction is the hardest part,” wrote another.

Watch Love and Theft perform an acoustic version of “Whiskey on My Breath” below.