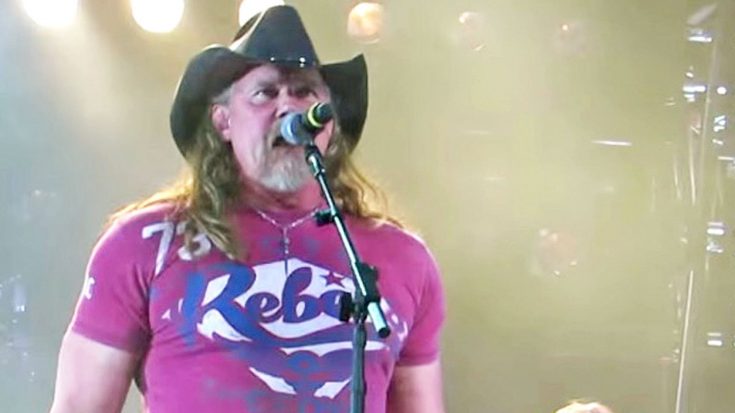 There are many musical artists that country gals find irresistible, but there’s something about a country boy with a deep Southern drawl that really makes them feel weak at the knees. And who in country music is better known for his deep voice than Trace Adkins?

In 2006, Adkins released his swoon-worthy song “Ladies Love Country Boys,” which explains all the reasons why country boys seem to have a hold on women. Even when a gal is raised in the heart of the suburbs, far from anything deemed “country,” Adkins sings that she can still find her heart going wild for a country boy.

“Ladies Love Country Boys” was one of Adkins’ biggest hits, and it hit number one on the Billboard country charts. Years later, when Adkins performed at the Bridgestone Arena in Nashville in 2013, he proved that the tune still had the power to drive country gals crazy.

Adkins amped up his signature country boy swagger in the song, which we’re sure made all of the ladies in the crowd feel a bit faint. You also may recognize another face on stage…Keith Urban was playing guitar! It was yet another one of Adkins’ always-amazing live performances, and you can check it out yourself in the clip below.

Another song of Adkins’ that’s driving both country guys and gals wild is his newest single, “Lit.” This boot-stompin’ tune talks about all of the things in life that rev up your engine and light up your life. Of course, as Adkins sings, nothing makes a country boy feel more “Lit” than the love of a good country gal.

You can watch Adkins’ electrifying lyric video for “Lit” below. If you find that you can’t get enough, then be sure to head over here to iTunes where you can download it!