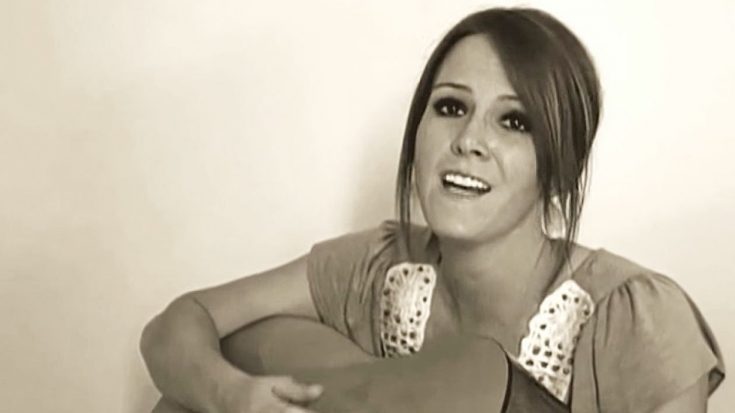 The 2000 film O, Brother Where Art Thou? became an instant sensation following its release, due in large part to its outstanding soundtrack. Featuring the now-iconic track “Man of Constant Sorrow,” the film’s soundtrack was a chart smash. It topped three charts in the U.S., including the Billboard Top 200.

Another one of the soundtrack’s standout songs was Alison Krauss‘ rendition of “Down to the River to Pray.” The earliest known version was published in 1867, and it has been recorded many times since then. Krauss’ version is perhaps the most recognizable, and has gone on to become one of her signature songs.

Because of the song’s popularity, it is frequently covered by everyday people. One such person is a mother by the name of Chelsea Flowers. Originally from Ohio, Flowers now lives in Kentucky, where she is a writer, designer, photographer, and musician.

Flowers favors country songs for her covers, but she’s performed everything from pop to Southern rock, such as Lynyrd Skynyrd‘s “Tuesday’s Gone.” A friend of hers requested that she sing “Down to the River to Pray” in 2012, and she was happy to do so.

We’re also happy that Flowers sang “Down to the River to Pray,” because her rendition is breathtaking. She has the type of voice that instantly soothes you as you listen, putting you at ease.

What we also love about this cover is that it’s a no-frills sort of performance. Just a girl, her guitar, and a good country song.

Listen to Flowers’ heavenly rendition of “Down to the River to Pray” below.

Love what you hear? Go ahead and take a look at some of Flowers’ other cover videos by visiting her YouTube channel here.