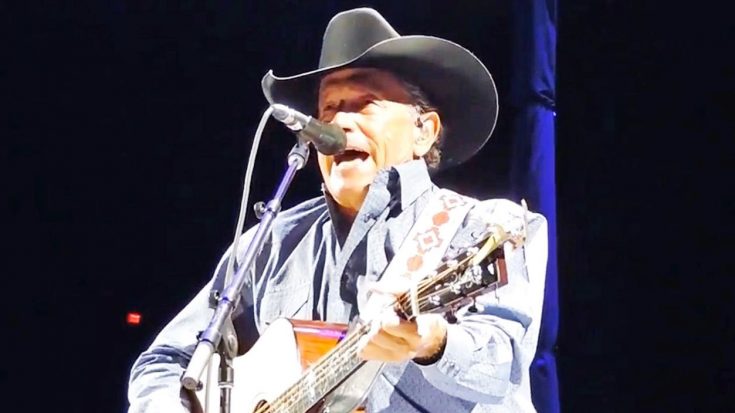 While Tom Petty was a rockstar by definition, his music is enjoyed by fans of all genres. Some of those fans are music artists themselves, including “The King of Country,” George Strait.

During a performance in Chicago in 2014, Strait shared with the crowd that he recently became a fan of Petty’s. Because of this, he threw the crowd for a loop by announcing that he would be performing one of Petty’s songs. He has since continued to perform the song at some of his other shows, including one in Las Vegas in 2016.

The song that Strait chose to sing was a track off of Petty’s Top 10 album from 1994, Wildflowers. This album served as the springboard for Petty’s number one hit “You Don’t Know How It Feels,” which is one of his most recognizable solo songs.

Devoted fans of Petty’s likely know the rest of the album like the back of their own hands. Therefore, they’re more than familiar with its fourth track, “You Wreck Me.” It’s this hidden gem of a song that Strait decided to perform for his Vegas crowd.

Despite the fact that he is as country as can be, Strait proved through his performance that he knows how to rock! He sang “You Wreck Me,” with unbridled enthusiasm, and seemed to be having a blast doing so.

Other than Strait himself, his band was also on fire that night. Everyone was jamming out, adding further to the energy that Strait brought to the song.

We bet no one in attendance that night was expecting to see a rock & rock spectacular. But that’s exactly what they got, and they seemed to love every second of it!

Tune in below to watch Strait tip his hat to Petty with his lively performance of “You Wreck Me.” This goes to show just how influential of an artist Petty truly was. He will be so dearly missed.