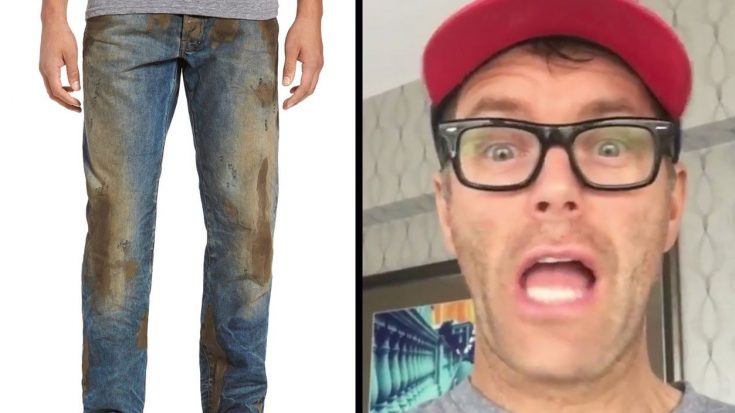 By now, you’ve probably heard that the luxury department store Nordstrom is selling a certain pair of jeans for $425. These jeans are gaining national attention because they are being sold with mud already on them. Fake mud. People are outraged that Nordstrom would even sell a product so expensive that makes you look like you’ve done some hard work. If you don’t believe us, check it out here.

They even have a matching fake mud covered denim jacket! Mike Rowe, host of the highly popular TV show Dirty Jobs, posted his opinion of the jeans on his Facebook page.

“The Barracuda Straight Leg Jeans aren’t pants,” he wrote. “They’re not even fashion. They’re a costume for wealthy people who see work as ironic — not iconic.”

It seems Mike Rowe isn’t the only celebrity to call out Nordstrom on their fake muddy jeans. Country radio host Bobby Bones and his parody band, The Raging Idiots, quickly wrote a parody song to the tune of Jon Pardi’s No. 1 song “Dirt On My Boots” and changed the title to “Mud On My Jeans”.

Bones and his bandmate, Eddie, sang from the perspective of a rich man who has an “18 car garage and a private plane”.

See some of the hilarious lyrics below.

“Yeah, I’m filthy rich/I’ve never dug a ditch/I think I’ll wear ’em Friday to work/I paid for the mud on my jeans/Price tag 425/Looks like I’ve been workin’ in my yard.”

Take a listen to the full parody below.